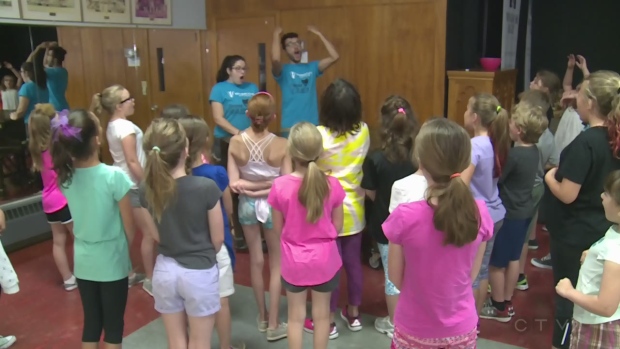 WINNIPEG — There is a lot of uncertainty surrounding the future of summer camps in Manitoba, as the summer season creeps closer and the number of COVID-19 cases continues to rise.

At least three summer camps have made the decision to cancel programming this summer due to COVID-19, according to the Manitoba Camping Association, which represents 34 camps in the province.

Kim Scherger, the executive director of the association, told CTV News the remainder of the camps don’t know what this summer season will look like.

“We’re all just waiting to see what we’re going to do,” Scherger said. “The majority of our camps, both year-round and seasonal camps, are still waiting. It’s likely going to be something that’s just mandated through the Public Health Department, if they can be open or not.”

Scherger said more than 50,000 kids could be affected if camps are not able to operate in July and August, and the financial impact on the camps would be huge.

“The majority of the income, the revenue stream for camps happens in the summer months,” Scherger said. “So if summer camps don’t open, they won’t have a chance to recoup that money through the rest of the year, especially our summer-only camps because they’re not running at that time.”

She said some camps have already lost over $150,000 in rental and program revenue for the months of April and May already.

Camp Arnes told CTV News it has had to cancel all group bookings until the end of April which has resulted in a “major” loss in cash flow. A spokesperson for the camp said they have laid-off 17 of the year-round staff.

“It is just not the same here right now, not having kids running all over the place and swimming in the pool,” the spokesperson said in a written statement. “This place is made for kids, we hope to see them here again soon.”

SOME CAMPS ARE OPTIMISTIC

Some camps in Manitoba are still holding out hope for the summer.

“We are cautiously optimistic that we will be able to run Summer Camp 2020 as planned,” a written statement from Camp Manitou said.

“With schools now closed indefinitely, Camp Manitou will follow the directives of the provincial government and will remain closed until we receive notice that large gatherings are again permitted in our community.”

Camp Manitou said over 1,000 campers have registered for the upcoming summer season.

Camp Arnes said it is going ahead with plans as if summer camp is still happening, but is also preparing for possible alternate scenarios.

“Basically, it is how do we be ready for whatever happens,” a spokesperson for the camp said in a written statement.

“Some camps have already made their decision, others like us, are waiting until we get more of an official word from the government as to what will be allowed come summer.”

Scherger said even if the camping season is cancelled, many summer camps are looking at alternatives to provide programming for kids at home, such as camp crafts at home, or a sing-along.

“So camps are planning and they’re getting ready for what a different summer could look like,” Scherger said. “We’re hoping that camp is going to happen in some form outside, but we’ll have to wait to see what that call is going to be.”