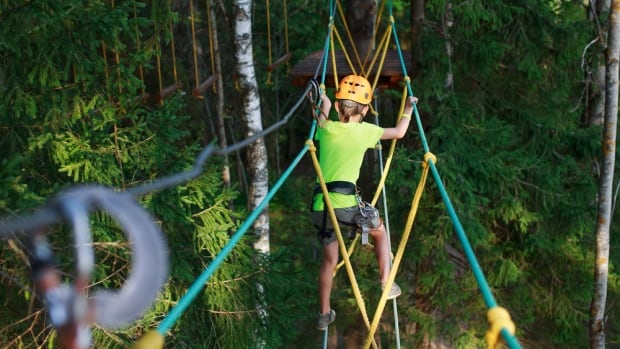 Manitoba camp organizers say the deadline is fast approaching for a decision about whether they will be able to offer programs to children this summer.

“We can’t make a decision until we know what parameters and what restrictions will be in place,” said Audrey Hicks, acting executive director of Camp Arnes and a board member of the Manitoba Camping Association, which has 35 to 40 members.

Camp Arnes, a Christian camp that’s been operating in Manitoba for more than 50 years, has a year-round Interlake facility that hosts 12,000 to 15,000 campers from September to June, and an additional 1,700 in summer, Hicks said.

Arnes closed in March because of COVID-19, 17 of its 23 employees were laid off. Hicks doesn’t know if any of them will be hired back if summer camps don’t go ahead.

The province reached out to the camp association last week to determine what could be implemented to make sure kids would be safe, in the event that they are allowed to open, Hicks said.

“We will certainly follow the parameters the province lays out, but until we know what those are — for example, if physical distancing is still in place and to what degree — we can’t make a decision,” Hicks said.

“For example, how do you help secure a child in a harness for a climbing wall of you have to be two metres apart? How do you maintain distancing while swimming? We are hoping to hear something by the end of the week.”

Plans to be announced

However, he did not give details or say which day they’d be available.

Premier Brian Pallister said last week that any plan to reopen needs to strike a balance between easing restrictions and keeping the province’s COVID-19 curve flat.

Hicks said Arnes stands to lose a quarter of its yearly income if it’s forced to stay closed until the end of June. That jumps to three-quarters of its income if summer camps don’t go ahead, she said.

That will leave nothing in the bank to start up programming come fall, she said.

Arnes qualifies for a $40,000 loan through the federal government’s Canada Emergency Business Account, but the camp doesn’t want to take on a loan if it has no way to pay it back, she said.

The federal wage subsidy also will help the five employees who are still working, but unless there are campers, they can’t rehire any of the laid-off staff, she said.

In south Winnipeg, GymKyds Gymnastics Centre owner Peggy Glassco said she is, for now, planning as if camps are going ahead and taking online registrations.

But she too is waiting to see what the province does with restrictions.

“We may have to make changes. We may not be able to go on all of the gym equipment. We may have to turn our gymnastics camp into an activity camp where we go outside a little more. We are going to have to reinvent the way we do things for sure,” Glassco said.

The 12-week summer camps, which run from the end of June until early September, generate about a quarter of Glassco’s yearly income, bringing in about 400 kids, she said.

Glassco has laid off 48 employees, many of them students.

The uncertainty of what the summer will look like is creating a lot of stress, she said.

She qualifies for the Canada Emergency Business Account, a federal rent relief program and the wage subsidy.

“I am very positive I will survive this,” Glassco said. “The government has done a lot to help. I am telling parents to register and telling them the numbers in the camp may be limited because of distancing.

“But if restrictions are lifted to some degree, parents will be going back to work — and they will need somewhere for their kids to go. So I am optimistic we will be able to open in some capacity.”

A one-line statement from the University of Manitoba says a decision on the Mini U summer programs has not been made yet.

STEM expansion up in the air

Kevin Cougler was planning to expand his STEM Camp (STEM stands for Science, Technology, Engineering and Mathematics) into Winnipeg and Brandon this summer, bringing his total to 60 sites across the country.

But that expansion of the Ontario-based camp is now up in the air.

“We had sites in Winnipeg and Brandon locked in, programming in place, 21 students hired through the Canada summer jobs program, product ordered, but now we are in holding pattern,” he said.

“We did a test pilot of virtual camps. One was on kitchen science, teaching kids how they could make hand sanitizer out of items found in their kitchen. The other was on making their own toilet paper.”

If the summer camps don’t run across the country, he could face an 80 to 90 per cent revenue loss for the year, he said.

In February, he was anticipating having as many as 10,000 students enrol in the science camps.

“We are putting a call out to government to consider camps. We are fast approaching a deadline. Camps will have to figure out if they can continue to operate in the future or go bankrupt,” he said.

“We could run smaller camps, but need 75-per-cent-full capacity to break even. It will be an uphill battle for sure.”

At Camp Arnes, the outlook isn’t all bleak.

There have been many blessings and surprises. Families have offered help by cutting wood and doing maintenance work while still isolating, Hicks said.

Others are making donations, she said.

“This is a camp that has been around since 1949. We have a long history in this community. We are hoping we will be here for years to come.”