WINNIPEG — Manitoba students had the lowest scores in Canada for science and math on an international assessment that evaluated teenagers in 79 countries.

The Programme for International Student Assessment (PISA), which is administered every three years, tests the skills and knowledge of 15-year-olds in the areas of math, science and reading. In 2018, more than 22,500 students from about 800 schools in 10 provinces took part in the test.

MANITOBA SCORES IN MATH AND SCIENCE

The results from the 2018 assessment, released Dec. 3., show Manitoba students had the lowest scores in the country in both math and science, and came in below the Canadian average in both subjects.

Manitoba students also had lower scores in these subjects on the 2018 test, compared to in 2015. 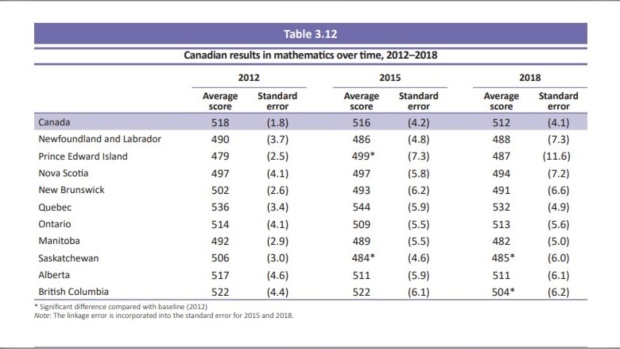 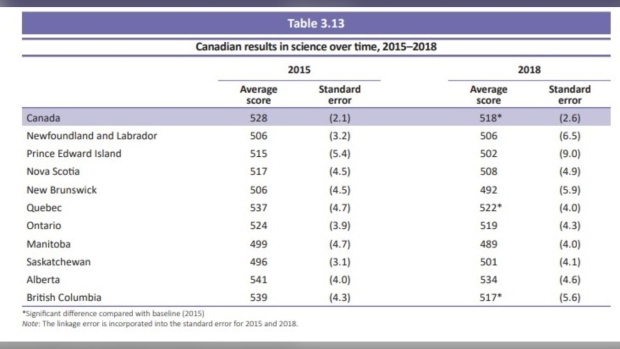 MANITOBA PROFICIENCY IN MATH AND SCIENCE

The province also had the highest percentage of students perform below a Level 2 in math and science. According to a PISA report, Level 2 is considered the baseline in each subject that is necessary to “participate fully in modern society.” 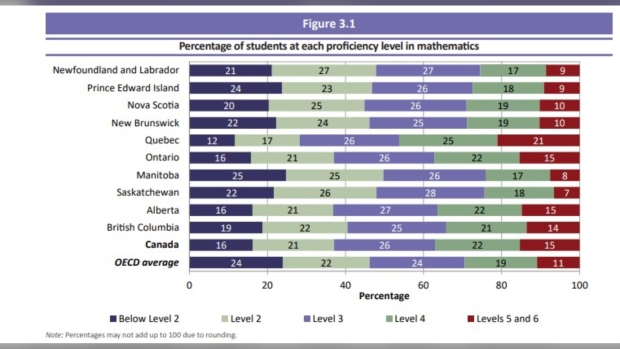 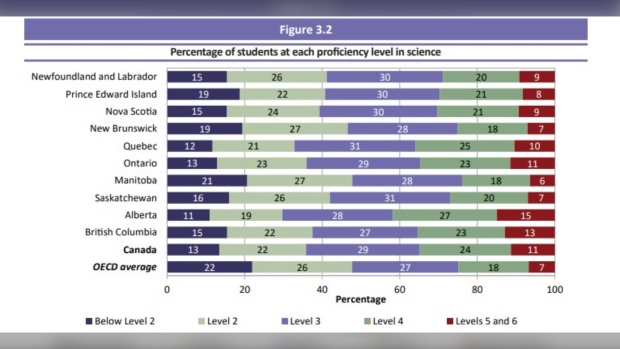 In terms of reading scores, Manitoba students had the second lowest, with New Brunswick coming last. The province also saw a drop in its 2018 scores compared to 2015.

When it comes to reading proficiency, 20 per cent of Manitoba teens were below a Level 2. The only province with a higher percentage than this was New Brunswick at 22 per cent. 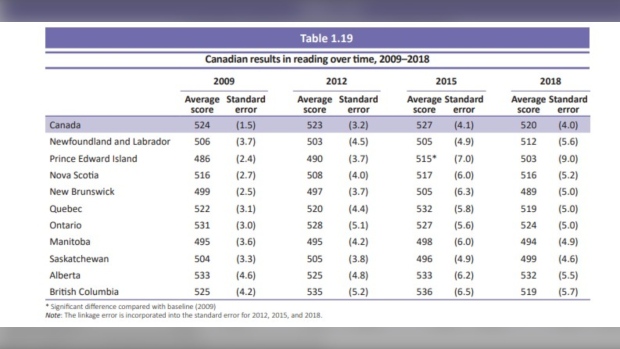 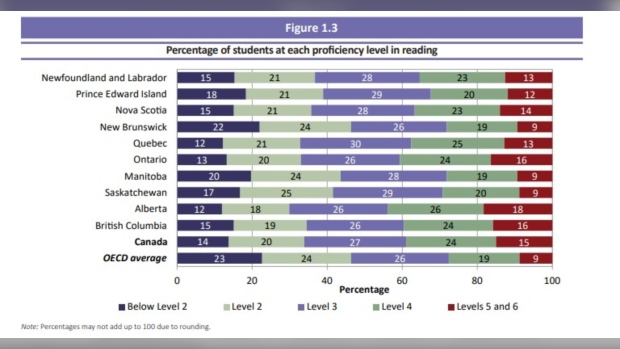