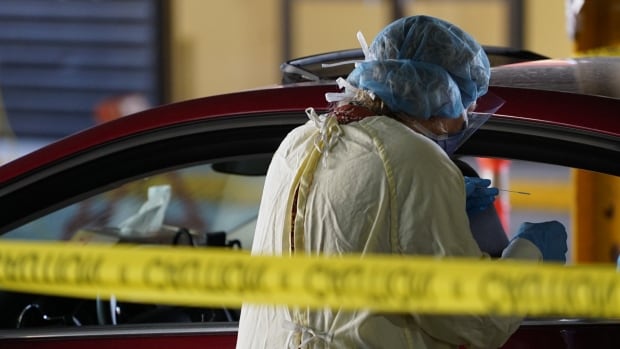 Forty-two new cases of COVID-19 were announced in Manitoba on Saturday, the province said in a news bulletin, marking the province’s highest single-day increase in new cases of the illness.

The previous record of 40 new cases was reached twice: first on April 2 and again on Aug. 14.

Twenty-four of Saturday’s new cases are in the southwestern Prairie Mountain Health region, the bulletin said. Starting Monday, people in that area will have to wear masks in public places and restrict gathering sizes to 10.

The update brings the total number of active cases in the province to 290.

The test positivity rate is now 1.8 per cent, down slightly from two per cent on Friday. That rate represents a rolling, five-day average of the percentage of COVID-19 tests done in Manitoba that come back positive for the illness.

There are now six people in hospital with the illness caused by the new coronavirus in Manitoba, including one in intensive care, the bulletin said.

Twelve people with the illness have died in Manitoba, including four in the last seven days.

To date, there have been 872 cases of COVID-19 identified in Manitoba and 570 people have recovered.

Because the new site is opening, the one at Access Fort Garry at 135 Plaza Dr. will be closed after 4 p.m. Monday.

On Friday, 1,849 tests for the illness were done in Manitoba, bringing the total number done in the province since early February to 124,140.

Public health officials are still asking people to only get tested for COVID-19 if they have symptoms of the illness, and to do it as soon as possible once those symptoms show up.

Meanwhile, employers are being asked to only send employees for testing if they are symptomatic or if testing has been recommended by public health officials.