WINNIPEG — Parts of Manitoba were hit with a severe summer storm on Wednesday night, bringing with it a funnel cloud and egg-sized hail to parts of the province.

According to Environment and Climate Change Canada (ECCC) the Binscarth, Man., area got it the worst, with a funnel cloud spotted west of town, as well as egg-sized hail. 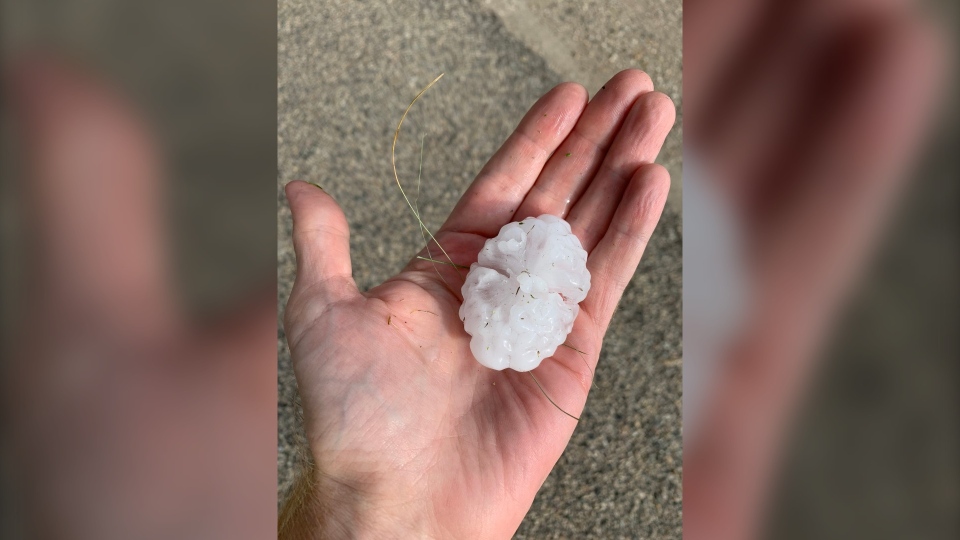 CTV News Winnipeg previously reported, ECCC issued a tornado warning shortly before 6 p.m. for the Municipality of Russell-Binscarth. By 6:30 p.m., the weather agency placed the area under a severe thunderstorm watch. 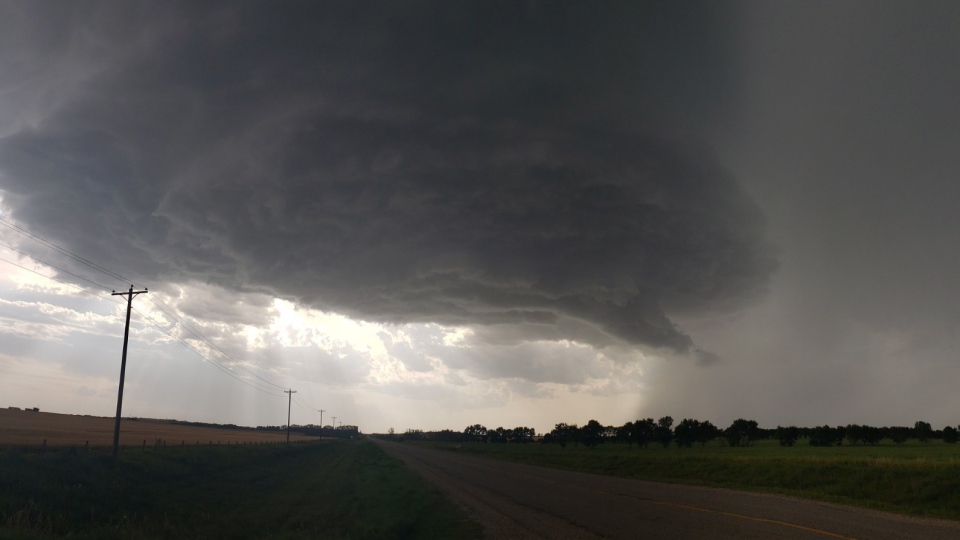 According to ECCC, some of the other parts of the province hit by hail include Birtle, Man., which saw quarter-sized hail and Russell, Man., which got hail that ranged in size from a quarter to a loonie.

Those living in Souris, Man., experienced wind gusts up to 111 km/h, with those in Dominion City, Man., getting 45.5 millimetres of rain.

– With files from CTV’s Tim Salzen and Danton Unger.