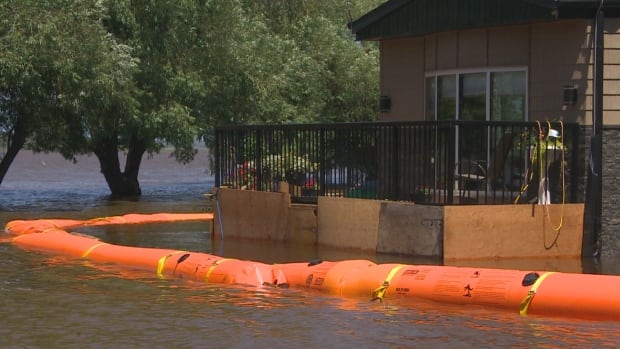 The Manitoba government will roll out funding programs to help people and communities affected by three weather events that caused flooding this spring and summer.

The disaster financial assistance programs will help recovery from spring flooding along the Red River, heavy rain in southeast Manitoba in early June and a series of rainstorms that drenched parts of western Manitoba in late June and early July, Infrastructure Minister Ron Schuler said.

Damage from the three events is pegged at more than $35 million so far, and some communities still haven’t finished tallying up their losses.

“We were in one town and as we toured through, people were standing on the street, absolutely confusion on their face, not understanding what had happened to them,” Schuler said Friday about the flooding in western Manitoba a couple of months ago.

“Everything in that town had been flooded.”

Minnedosa, Rapid City, Rivers and others along the Little Saskatchewan and Assiniboine Rivers were hit particularly hard. Flooding washed out roads and bridges and some homes were evacuated.

The rain also left a path of destruction in Brandon, washing out streets, flooding basements and overwhelming the city’s infrastructure.

The southeast area of the province also was hit with almost 200 millimetres of rain between June 6 and 10, with flooding impacting homes and communities in the rural municipalities of De Salaberry, Piney, Reynolds, La Broquerie and Stuartburn, as well as the municipality of Emerson-Franklin.

The scope and cost of damage in some communities is still being tallied, Schuler said.

“It is substantial. We haven’t even heard from all of the communities yet,” Schuler said. “We will wait on them to reply and give them their invoices.”

The province said the deadline to apply for assistance is Dec. 10.