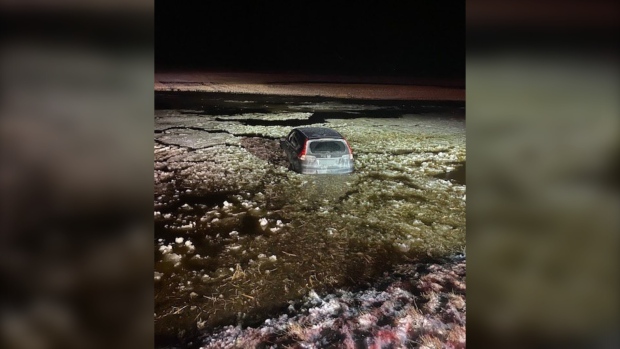 Mounties tweeted that an officer from the Roblin, Man., detachment saved the driver after her car got stuck in the water in a ditch on Highway 83.

The officer was worried about hypothermia, so he went into the water and carried the driver to his police car, where she stayed warm until EMS arrived.

During last week’s snowstorm, a Roblin #rcmpmb officer rescued a female driver from a vehicle partially submerged in water in a ditch off #MBHwy83. Worried about hyperthermia, he entered the water & carried her to his police car where she kept warm until EMS arrived. pic.twitter.com/fERMorpCih