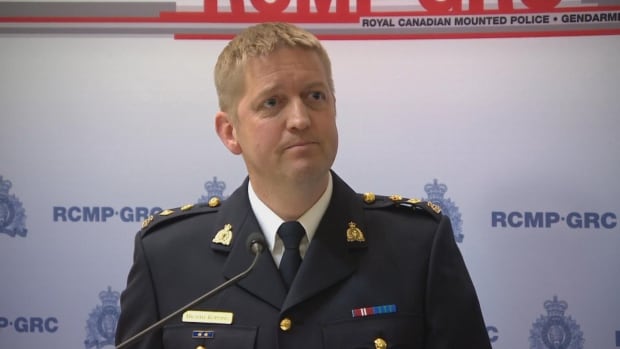 A man and a woman have been charged with trying to intimidate youths who were witnesses in a criminal matter, Manitoba RCMP say.

The charges, announced Wednesday, come after RCMP launched an investigation called Project Detract in June, when they received information that underage witnesses in what police describe as “an ongoing criminal matter” were being threatened.

Supt. Michael Koppang, the officer in charge of major crime services for the Manitoba RCMP, said the investigation found that the threats were coming from a man who was charged with a variety of crimes against the young witnesses in September 2019.

The man was in custody at the time the threats were made, police say. He is alleged to have worked with people on the outside to intimidate witnesses in the case in an effort to get the charges dropped, Koppang said at a Wednesday news conference.

The man in custody and a woman now face four charges of obstruction of justice, as well as charges for intimidating a justice system participant.

RCMP also charged a 41-year-old man last week with obstruction of justice in relation to a bomb threat hoax at the Steinbach courthouse on July 20. Koppang said the two cases are not related.

Koppang said the RCMP want to send a message that these types of tactics will not be tolerated, and that victims and witnesses to crimes will be protected by the justice system.

“We understand that when you’re a victim or a witness, it’s a scary prospect, and it’s made infinitely scarier when you have people trying to intimidate you,” he said.

“Our message is twofold: please trust that the police will help you, and secondly … if you are unfortunate enough to find yourself accused of a crime, it’s a very bad idea to decide to try to influence the justice system through threats and intimidation.”

He said police could not give any details on what charges the two accused were originally facing, as they want to protect the identities of the youths involved, who Koppang says were traumatized by the actions of the accused.

But he did say that it is rare to see people actively try to intimidate witnesses or victims, even in serious criminal cases.