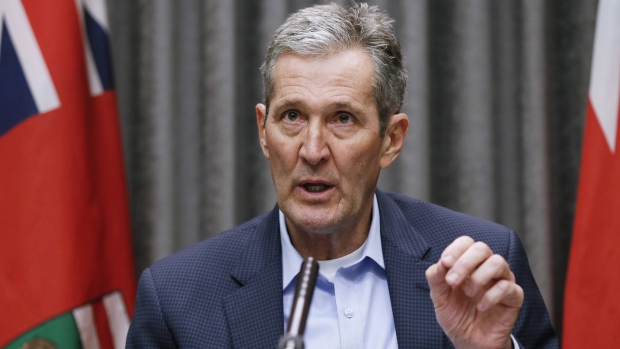 WINNIPEG — A new survey from the Angus Reid Institute has determined that Manitoba’s premier has one of the lowest approval ratings out of any of Canada’s premiers.

According to the data, Premier Brian Pallister has a 44 per cent approval rating, down from 47 per cent in May 2020. The only two premiers with lower approval ratings are Alberta’s Jason Kenney and Newfoundland’s Andrew Furey, who began his term in the position in August 2020.

Pallister’s 44 per cent approval rating comes as Manitoba has seen an increase in the number of COVID-19 cases throughout August.

In recent weeks, Manitoba has experienced its largest single-day spike in COVID-19 cases, and has declared three outbreaks at locations in the Prairie Mountain Health Region.

The government has also had to alter an advertising campaign, which once focused on economic recovery, to highlight health precautions Manitobans can take.

The Angus Reid Institute said this online survey has a margin of error of plus-minus four per cent. The survey was conducted between August 26-30.

– With files from The Canadian Press’ Steve Lambert.