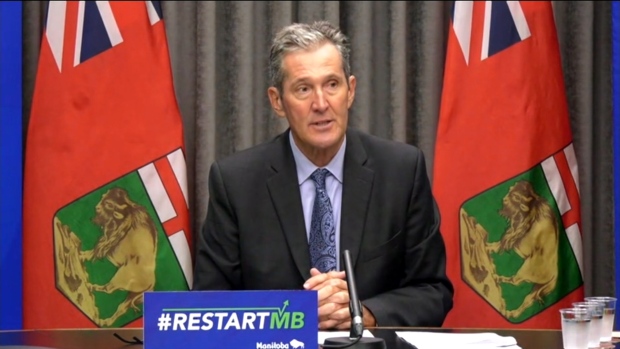 The premier is scheduled to speak at a news conference at 11 a.m. at the Manitoba Legislative Building. CTV News Winnipeg will live-stream the announcement.

In June, the Manitoba government announced it would be distributing $120 million to Manitobans who had been working on the frontlines during the COVID-19 pandemic, such as security guards and grocery store employees. The deadline for applications was June 29.

However, workers said they still haven’t received the payment from the province.

The province said Tuesday 90,000 Manitobans had applied for the program, and they were reviewing the applications to determine the exact amount workers will receive. A spokesperson for the government said workers will receive approximately $1,300 per person.

– With files from CTV’s Touria Izri and Devon McKendrick.