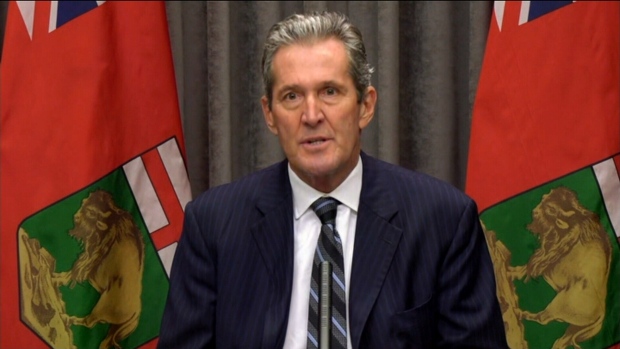 WINNIPEG — Manitoba’s premier is expected to make an announcement on Thursday regarding the second phase of the province’s reopening plan.

Premier Brian Pallister is holding a news conference at 11 a.m. at the Manitoba Legislative Building. CTV Winnipeg will be live-streaming the event.

On Wednesday, Manitoba health officials announced the province will be boosting the size limits for group gatherings beginning on Friday. Gathering sizes will be increased to 25 people for indoor gatherings and 50 people for outdoor gatherings.

Pallister said further plans for the province’s second phase of reopening will be revealed on Thursday.

It was previously announced that Phase 2 of the economic reopening would not begin until at least June 1.

On Wednesday, the premier also announced the province is providing $10 million to help community organizations and municipalities recover from the pandemic.