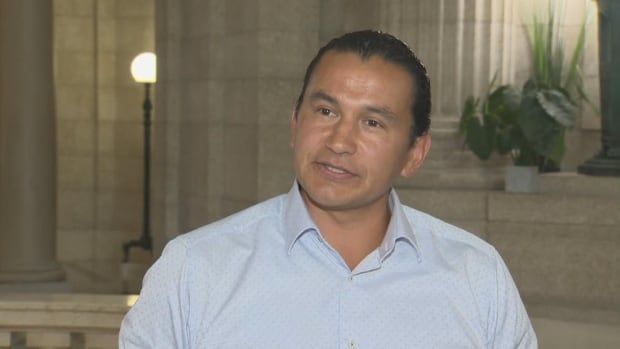 NDP Leader Wab Kinew’s comments came after a number of businesses in Steinbach, Man., shut down temporarily, citing concern over local news and social media reports that two new cases were linked to a local restaurant and credit union.

“That really underlines the importance of the Manitoba government coming forward and being a lot more transparent … about these cases, so that people in Manitoba have confidence and continue to do our parts to combat the pandemic,” said Kinew.

More than two dozen confirmed cases of COVID-19 were announced announced over the long weekend — a significant jump which Health Minister Cameron Friesen acknowledged had many people concerned.

“People have a desire for information and we need to provide it,” he said at a news conference on Tuesday.

Friesen emphasized that most of the new cases were linked either to travel or to other known cases, and the two Steinbach cases were related to the same household.

“Both COVID-19 and the anxiety that it causes spread in a vacuum of information,” said Kinew, adding that more details could have been provided in a press release or public comments.

Kinew also called on the province to provide more specific information on where cases occur, down to naming the municipality, so that people in those communities have a better understanding of whether they might be affected.

At Tuesday’s news conference, Friesen said the province is considering implementing a “red light, green light” system that would impose different restrictions in different parts of the province, depending on how the virus is spreading.

For that to work, people in those communities need to “buy in,” said Kinew, adding that trying to impose restrictions where people aren’t aware there have been cases could be met with pushback.

“I think that providing this more granular level of detail would actually pave the way,” he said.