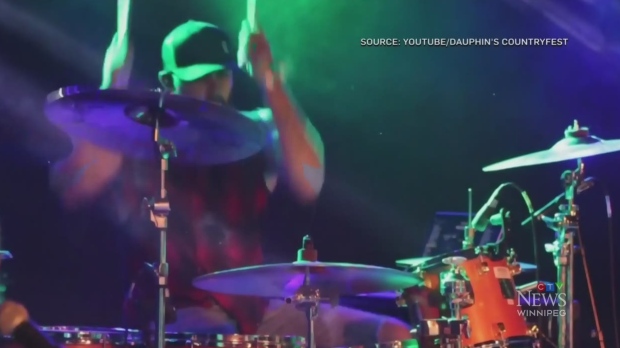 WINNIPEG — The COVID-19 pandemic continues to have an impact on communities in the province.

Manitobans are being urged to stay inside and practice physical distancing measures to flatten the curve. The measures are taking a toll on the performing arts industry in Manitoba.

Musicians in the province are struggling to stay afloat as shows and tour dates continue to be cancelled.

Manitoba Music is a member based not-for-profit industry association. It represents more than 750 people in the province, and said it became concerned after big musical events like South by Southwest and The Junos were cancelled.

“Folks had based their budgets on having this tour revenue,” said Sean McManus, executive director for Manitoba Music. “On top of that, maybe having costs they couldn’t recover, [we] just started to realize this was going to be a pretty big issue for the local scene.”

In response to the financial concern of many local artists, Manitoba Music launched an emergency financial relief fund designed to help music entrepreneurs in the province who are experiencing financial crisis due to COVID-19.

McManus said the Manitoba Music Board of Director’s donated $20,000 to the emergency fund to get it started. They’ll be reaching out to different levels of government, as well as foundations, to acquire additional financial support; they’re also accepting donations.

“We see these as micro grants so they’re not going to be huge amounts of money,” said McManus.

“It’s really just a stop gap before some other government programs come in to place.”

The relief fund will be a big help for artists like David Landreth –- one half of the band The Bros. Landreth.

Landreth said he became concerned when many of the artists he knew started losing show dates due to cancellations over COVID-19.

He said being a musician is like living paycheck to paycheck.

“That next tour is that next paycheck that you’re counting on,” said Landreth. “That’s going to keep groceries in the fridge and the rent paid.”

Landreth said he wasn’t surprised Manitoba Music rallied around artists to provide relief during this time. He said Manitoba Music has been the frontline for artists as long as he’s been making music.

He said he plans on applying for the emergency relief fund.

“A huge difference to the artist’s that have lost a whole pile of dough, are scrambling, and are really unsure about where their next paycheck and where their next meal is coming from,” said Landreth.

Manitoba Music said it hopes to have an intake process set up by early next week where people can apply.