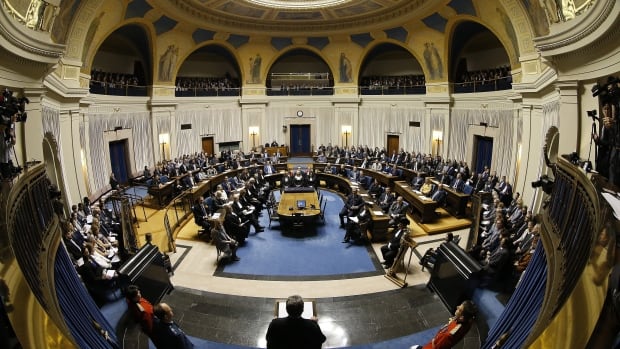 Manitoba’s MLAs won’t sit until October after the Progressive Conservative government rejected a request for more sitting days this month from the province’s two opposition parties.

The NDP and Liberals made the request in a joint letter to government house leader Kelvin Goertzen on Monday.

“Discussions were held with the NDP and additional sitting time was offered,” a spokesperson for Goertzen told CBC News via email. “They did not accept the offer. As a result, the Legislative Assembly’s normal fall sittings will resume in October.”

The opposition parties said the legislature has sat for just 26 full days due to the COVID-19 pandemic, putting the house seven weeks behind schedule. It convened for an emergency sitting in April, followed by four question period sessions in May.

A typical spring sitting would see MLAs gather four days per week. The NDP and Liberals say that is unacceptable.

It is the fewest amount of days sat in the Manitoba Legislature in more than a decade.

“We are basically locked out of work. There is seven weeks of session to make up, and we should be getting ready now for a possible second wave in the fall,” Jon Gerrard, MLA for River Heights, said in a statement.

The Manitoba NDP says other provinces — including Ontario, Quebec, Alberta and British Columbia — have sitting dates in June.

“I do still hold some optimism that the government will recognize that it is in their best interest too to get back into the legislature and then hopefully we’ll be able to say that we are working with the Conservative party soon enough,” Kinew said.