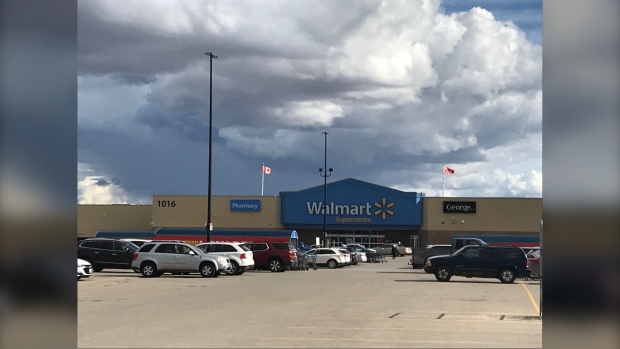 WINNIPEG — A 52-year-old man from the Rural Municipality of St. Clements has been arrested following an alleged assault at a Walmart in Selkirk over face masks.

RCMP said on Sept. 23, officers were called to the store around 3:45 p.m. after receiving reports of an assault.

According to RCMP, a man inside the store was not wearing a mask and an employee told him he should be wearing one.

RCMP said the man ignored the employee and walked down an aisle. The employee followed the man with RCMP saying the man was again asked to wear a mask.

RCMP said while being asked a second time, the man turned around and pushed the employee and threatened him.

The 52-year-old man was arrested and charged with assault and uttering threats.

The charges against him have not been proven in court.