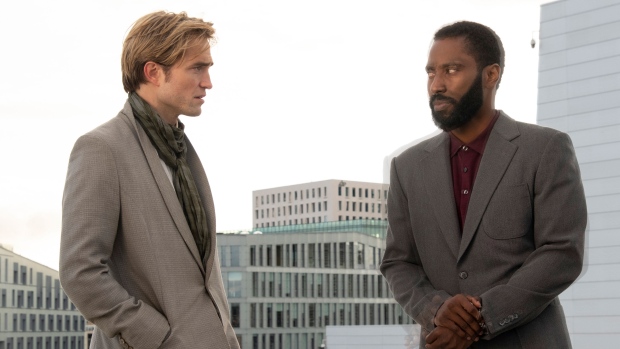 WINNIPEG — One Manitoba man is attempting to break a Guinness World Record by watching one movie — over and over again.

Movie-lover Craig Sharpe has set out to screen Christopher Nolan’s latest film ‘Tenet’ up to 120 times to beat the record for seeing a movie the most times while it’s in its first run at a theatre. The current record is 108, and so far Sharpe has seen the movie 19 times.

Sharpe said he’s been excited to see ‘Tenet’ ever since the movie was first announced.

“(I’m a) huge Christopher Nolan fan,” he said. “I’ve only not seen two of his movies and I love every single one of them that I have seen,”

Sharpe’s passion for film began in his childhood. He said he was bullied from Grades 3 to 12 and movies brought him comfort.

“They helped me to re-centre, focus on tasks at hand, and not to worry about the little things,” he said, noting he thanks his mother for his love of movies.

Sharpe said from there, his passion grew into following directors, actors, cinematographers, and editors.

He noted that though he was “chomping at the bit” to see movies again after the theatres shut down, he had trepidations about returning once they reopened.

Sharpe wanted to see Russell Crowe’s film ‘Unhinged,’ which came out in theatres earlier in the summer. He said he was petrified to do so.

“Then seeing on the Cineplex.com website what they do for safety precautions and everything like that, I went to go and see it,” Sharpe said.

Sharpe added that once he saw the safety measures the theatre had in place, including physical distancing and hand sanitizing, he was more comfortable heading back.

But it’s not just about breaking a world record.

Sharpe is also hoping to raise awareness and support for 1JustCity, a non-profit that operates a number of outreach sites for Winnipeg’s most vulnerable. Sharpe said this is his way of giving back.

– With files from CTV’s Katherine Dow.