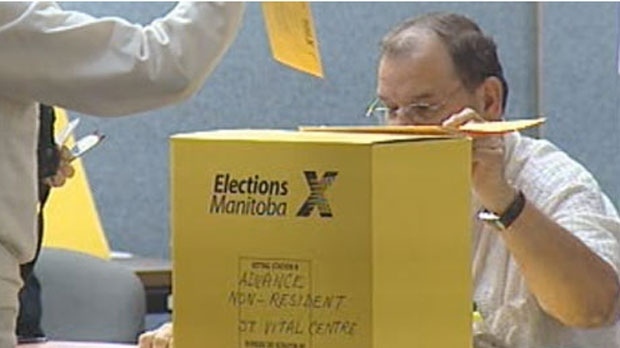 WINNIPEG — A candidate in the upcoming Manitoba provincial election says he was attacked while door-knocking in a Winnipeg apartment building.

Jeffrey Anderson, who is running for the Liberals in the St. Vital constituency in south Winnipeg, says he was canvassing voters along with two supporters Monday afternoon.

Anderson says a man started berating one of his supporters about being in the building, at which point Anderson intervened and the man started making threats and reached into his pocket for something.

Anderson says he called 9-1-1, and the man started talking about conspiracy theories and then started punching and kicking him.

Andersen says he and his colleagues eventually managed to leave the hallway.

He wasn’t hurt, police arrived and he says he will not be pressing charges.

“We were trying to get out of the floor but he was kind of blocking us, so there was no way to really physically get off the floor without actually being physical with him.”

The man’s mother got in on the action too, Andersen added, once the punches started flying.

“She lost it and she started … slapping me in the face.”

Winnipeg police were not available to respond to questions about the incident Monday evening.

It’s Anderson’s second run at politics. He ran federally as an independent in 2006, and said it’s the first time he has encountered violence.

Andersen said he has encountered a few voters in apartment buildings who get upset about politicians knocking on their door, but nothing has ever become physical.

Under Elections Manitoba rules, candidates and volunteers are allowed to go inside apartment buildings and knock on doors during campaign periods, between 9 a.m. and 9 p.m.

Manitobans go to the polls Sept. 10.