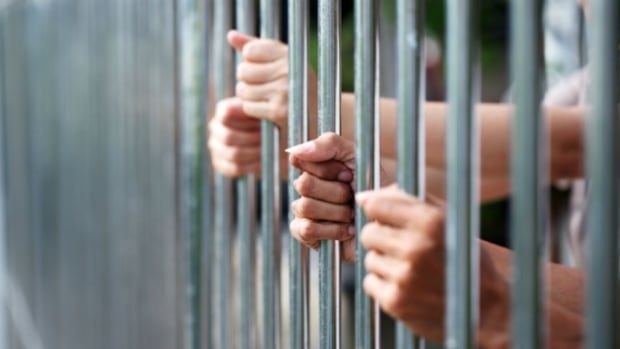 While jails across Canada are trying to reduce inmate populations over COVID-19 fears, a Manitoba judge says the disease is not an automatic “get out of jail card” in a decision denying a 36-year-old inmate bail.

Court of Queen’s Bench Justice Chris Martin issued a written decision on Thursday, denying the man bail after being incarcerated since September of last year.

“There are no cases of COVID-19 in Manitoba provincial jails and there is nothing about [the accused] that makes him particularly vulnerable,” Martin said in his decision.

“The risk to him personally contracting COVID-19 in custody is outweighed by the risk he poses to the public if he was released.”

Denied bail because of danger to public

The accused was first arrested in Norway House on Sept. 7, 2019, and charged with eight offences, including assaulting a peace officer, assaulting a female acquaintance and auto theft.

He has been at The Pas Correctional Centre since October after a judge denied him bail on the basis his release would be a danger to the public.

In the wake of COVID-19, the defendant applied for a review of the bail decision on April 14.

While Martin agreed that COVID-19 is a material change in circumstance that warrants a bail review, it is not enough to grant bail.

In his decision, Martin acknowledges granting bail reviews for this reason has the potential to “open the floodgates” for those denied bail before the pandemic hit.

But this “this too has limits.”

“I emphasize that, as stated in other cases, it is not a ‘get out of jail card,'” Martin said.

“For it to carry more weight, there must be something unique in the circumstances, which must be put into evidence; likely about the accused’s health status or vulnerability or a grave change in the threat or risk posed by COVID-19 at the inmate’s jail.”

Across North America, COVID-19 has ravaged correctional institutions, forcing jails to try to release prisoners early or grant bail to bring down populations. In Brampton, Ont., a jail was forced to shutter after at least 60 inmates and eight workers there tested positive for COVID-19.

Symptomatic workers in Manitoba correctional facilities are now eligible for testing, but the province is not testing new admissions. All individuals coming into custody are isolated for up to 14 days. No visitors are allowed in any adult or youth correctional centre.

Chris Gamby, a Winnipeg defence attorney, said there are a number of important takeaways from this decision.

It strengthens an April 6 decision by Queen’s Bench Justice Ken Champagne, who also argued that COVID-19 is a change in circumstance that can be used to have a bail decision reviewed.

“If an individual was denied bail prior to the global pandemic and the state of emergency, it is a situation where they might be able to go and cross that threshold to make that review,” Gamby said.

In the April 6 decision, Champagne granted bail to a 25-year-old man, arguing that COVID-19 safety concerns should carry “significant weight,” given how the virus can affect a correctional facility. The man had been in jail since last August in relation to a home invasion in The Pas.

The defendant was charged with 13 charges including two counts of aggravated assault and one count of break and enter.

“They’ve been devastated once the virus has gotten a hold of someone in those facilities. And the same outcome is likely should the virus get a hold of any our institutions, correctional institutions in this province,” Champagne said on April 6.

But Gamby says it also shows that COVID-19 isn’t enough to guarantee a prisoner’s release.

“It doesn’t mean someone who is accused of committing offences with firearms or other things like that, that are obviously a huge concern to the public, are going to be walking free,” he said.

“When the defence can point that the accused might be more affected by COVID-19 … an immunocompromised accused or someone who is vulnerable to COVID-19, maybe there is a shift in how that individual is considered.”