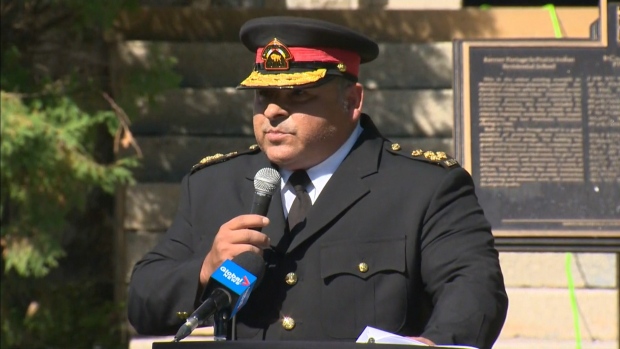 WINNIPEG — The Manitoba government announced on Wednesday it’s investing $2.6 million over the next three years in the First Nations Policing Program (FNPP) in order to help fund program expansions.

By 2022/23, the province’s total investment in First Nations policing will increase to more than $15 million a year, which will help to bring in four additional officers.

The Manitoba government is also providing more than $44,000 to the Manitoba First Nations Police Service through the Criminal Property Forfeiture Fund. This money will be used to buy three in-car camera systems, and to upgrade duty pistols with lighting attachments and holsters.

Funding for the program comes from Public Safety Canada, as well as the federal and provincial/territorial governments. Manitoba is responsible for nearly 48 per cent of the costs of the FNPP.

Policing services in First Nations and Inuit communities are supported through agreements between the communities and the provincial/territorial governments.