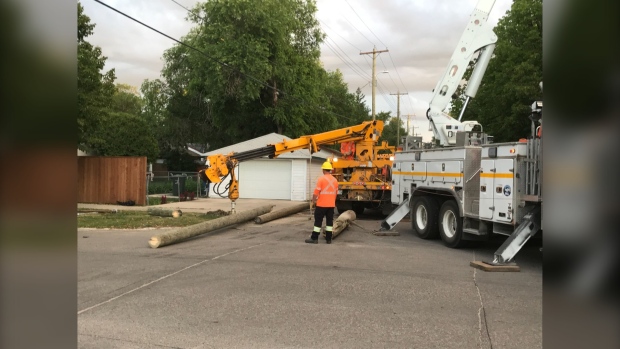 WINNIPEG — Manitoba Hydro is replacing a power pole on Friday morning after a car crashed into.

Police were called to the collision at Kent Road and Keenleyside Street around 2 a.m. Images from the scene show a black car with severe front-end damage.

Hydro crews responded to the incident around 3 a.m.

“A car ran into a pole. There’s skid marks for a good 50 yards coming down the street here and straight into the pole. So they make sure the scene’s safe, they get the car out of the way, then we go to work.”

Manitoba Hydro crews said the pole was badly damaged and had to be replaced. They are expected to remain on scene until 9 a.m.

Traffic in the area is blocked.

CTV News reached out to Manitoba Hydro for more information.