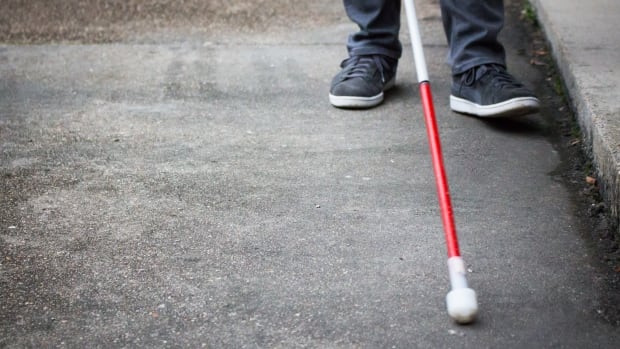 Premier Brian Pallister has announced $4.6 million for low-income Manitobans living with disabilities to help offset added costs due to the coronavirus pandemic.

More than 23,000 Manitobans already receive monthly benefits under the disability category of employment and income assistance. Under the new disability economic support program, each of them will be mailed a $200 cheque in early June for one-time support, Pallister said.

The payment will not be considered taxable income and will not affect any other benefits received.

“COVID-19 is creating new challenges and causing financial difficulties for some of our province’s most vulnerable people,” Pallister said at a Tuesday morning news conference.

“Manitobans living with disabilities may be facing additional costs to adjust to the new realities of daily life during the pandemic.”

Asked how the province arrived at the $200 amount, Pallister called it a guess, saying he wanted to get the support out as soon as possible.

“Going and doing the analysis 20,000 times is going to do nothing but delay [the help],” he said.

He doesn’t know if it’s the right amount but said it’ll help.

Each cheque will include a letter signed by the premier, as was done when the province sent out $200 cheques for seniors.

When asked by a reporter if that was going to be the case, Pallister responded, “Who else would sign it?”

He was also asked to respond to criticisms that he’s politicizing the financial supports. Pallister said that kind of political move happens shortly before an election, not months after a government was elected.

“It’s a pretty weak case to say we’re doing it for politics when the next election is years away,” he said.

The Progressive Conservatives won a solid majority in September 2019 so there’s no need to politicize anything, he said.

Response to the support for those living with disabilities has been mixed.

“While it’s good that there is finally some recognition for people with disabilities who are living in poverty, a one-time $200 cheque is a drop in the bucket for what’s needed for people living in poverty, especially considering the multiple extra challenges people are facing due to COVID-19,” said Michael Barkman, chair of Make Poverty History Manitoba.

He also took exception to the fact that there is an income qualification for people with disabilities to receive the cheques, but there wasn’t one for seniors to receive the money.

To be eligible for the benefit announced Tuesday, individuals must be receiving employment and income assistance. The cheques for seniors, meanwhile, went to everyone 65 or older, including Pallister, regardless of income level.

“We know everyone on EIA and living in poverty is suffering, and everybody needs support, including single adults on EIA, and that can’t just be a one-time cheque.”

“The COVID-19 pandemic has resulted in hardship for many Manitobans with disabilities and this payment will provide economic relief to thousands of people,” said Janet Forbes, the executive director of the non-profit, which works with adults and children with intellectual disabilities.

“We appreciate the province recognizing the financial challenges faced by people with disabilities and providing additional support during this difficult time.”