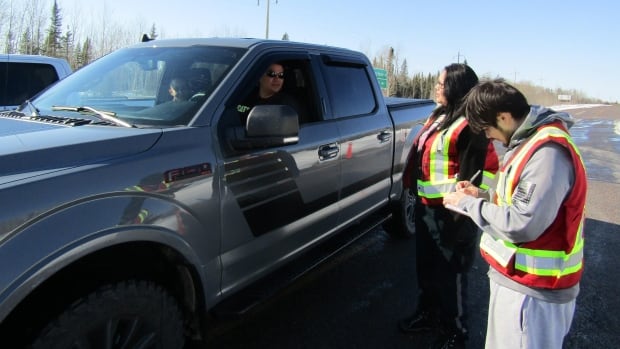 The advocacy group for 26 First Nations communities in Manitoba’s north is calling on the RCMP and Canadian Armed Forces to monitor checkstops set up to prevent visitors from possibly bringing COVID-19 into their communities.

Several Manitoba First Nations have set up mandatory checkstops in recent weeks as part of an effort to protect their communities from COVID-19.

Two Manitoba First Nations have also asked Defence Minister Harjit Sajjan to establish a military hospital in their region in anticipation of an outbreak of COVID-19.

​​So far there has been one confirmed case of COVID-19 in Manitoba’s Northern Health Region. The province hasn’t said what community the case is in​ but Manitoba’s chief public health officer Dr. Brent Roussin said Tuesday ​there were no positive patients in First Nations communities.

MKO is also asking Manitoba Hydro to close the Keeyask construction site over fears the roughly 600 workers on-site could bring COVID-19 to nearby First Nations. Hydro said it has already scaled back its workforce on the site and taken extra precautions including suspending gym classes and switching the meal hall from a dining centre to a take-out only service.

The group is also calling for the closure of Manitoba Liquor Marts in the north. If closures aren’t possible, the group is asking for a purchase limit to be put in place to reduce the sale of liquor by bootleggers in northern First Nations.

The Manitoba government has already set up check points of its own at provincial borders. Staff at the check points are telling drivers entering the province to self-isolate for 14 days with a few exceptions.

CBC has asked Manitoba Hydro, Manitoba Liquor and Lotteries, the RCMP, province and Sajjan’s office for a response to MKO’s calls Tuesday.