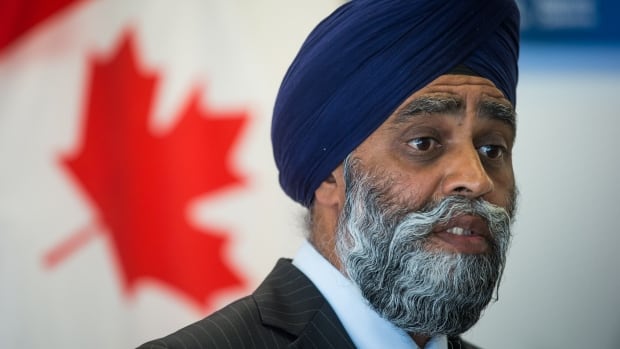 Two First Nations communities in Manitoba have made a direct appeal to Defence Minister Harjit Sajjan to establish a military hospital in their region in anticipation of an outbreak of COVID-19, CBC News has learned.

Pimicikamak, also referred to as Cross Lake, and Norway House Cree Nation made their request by letter, a copy of which was obtained by CBC News.

The letter was sent Monday, as federal ministers were unveiling a plan for using the military to combat the pandemic.

The two communities, with populations totalling about 15,000 and located about 560 kilometres north of Winnipeg, say the arrival of coronavirus in their midst “is not a matter of ‘if’ but a matter of ‘when'” — and preparations must be made.

Neither community is reporting any confirmed cases of the virus, but the federal government has made a point of stressing since the crisis began that Indigenous and northern communities face a higher risk.

Pimicikamak Chief David Monias told CBC News his community still lacks a long-promised hospital of its own, but took the initiative to prevent the spread of COVID-19 by ordering a complete lockdown on Monday. It also has been trying to purchase supplies of personal protective equipment, including masks and gloves.

Sajjan, in a media availability Monday, noted that the military had paid special attention to planning for the needs of northern and remote communities.

Monias said he’s taking the government at its word.

“We wanted to make sure that we asked for that help and it’s very specific because, historically, the people in our region have not received very good medical services from governments,” he said. “We lack medical resources in the community. We are trying to be proactive here, as opposed to reactive.”

Watch: Trudeau says Canadian military has expertise in field hospitals ‘if it comes to that’

Prime Minister Justin Trudeau was non-committal when asked about the request at his daily media briefing today.

“Field hospitals are certainly an expertise the Canadian Armed Forces have,” he said.

A Department of National Defence official, speaking on background, was equally circumspect, saying only that the letter from the First Nations communities had been received and was being examined. The official was unable to say whether military help would be limited to instances where an outbreak has already occurred, or if deployments would be ordered to help northern communities prevent the spread of the virus.

A military planning directive, obtained last week by CBC News, said that an inter-departmental committee of senior government officials is expected to evaluate and prioritize requests as they come in.

The third community to ask for help is the Berens River First Nation, located on the shores of Lake Winnipeg. It sent an eight-part proposal to the federal government earlier this month, suggesting the military could use the community as a staging point for medical evacuations in the remote, surrounding wilderness.

Monias said “it will be devastating” when the virus hits northern Manitoba and it’s incumbent on all communities to prepare.

The federal government needs, he said, to be “more proactive” in getting COVID-19 testing done in at-risk communities, where many families live in overcrowded conditions.

On Monday, Manitoba announced 24 new cases of the coronavirus, bringing the total number of lab-confirmed positive and probable positive cases in the province to 96.

Niki Ashton, the long-serving New Democrat MP from Churchill-Keewatinook, said the communities are taking responsible, preemptive steps to combat the virus and need the military’s support.

“We need to have their back,” Ashton said Monday night. “People are very worried.”

After days of trying to source additional personal protective equipment and supplies, Cross Lake had managed to place an order — only to find out Monday that it had been cancelled because the provincial government said hospitals had top priority for the gear, said Monais.

“It seems like no matter where we phone, suppliers are out of supplies.”