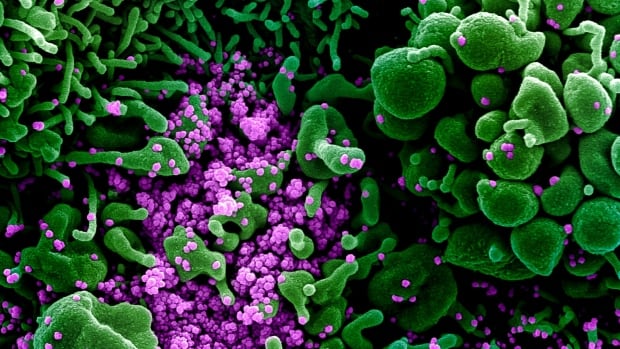 Manitoba is expanding the criteria for who can be tested for COVID-19 in the province.

All symptomatic health-care workers and people who live or work in remote communities or group settings, like correctional facilities, shelters, long-term care or residential facilities and remote work camps, can be tested for the virus, chief provincial public health officer Dr. Brent Roussin said at a news conference Thursday morning.

Everyone living on First Nations in Manitoba who show respiratory symptoms will be tested for the virus, he said. People who show symptoms who have travelled outside the province, been in close contact with a confirmed case or worked with COVID-19 tests in a lab also will still be tested.

Manitoba processed 734 tests yesterday at the Cadham Provincial Laboratory, Roussin said, and 5,606 COVID-19 tests have been processed to date.

There is still no evidence of community transmission — cases of COVID-19 that aren’t connected to travel or contact with identified cases of the virus — in the province, Roussin said.

The province is looking at extending school closures, he said, reiterating that social distancing measures are not going to end in a couple of weeks.

Preparing ‘for the worst case’

The province is preparing for all possibilities of how the spread of COVID-19 might unfold and is putting things in place like critical care beds and ventilators to deal with a surge in cases, Roussin said.

The Cadham lab will soon be able to confirm tests in-house, a transition that will happen over the next few days, Roussin said. More details about the change will be available tomorrow.

The change helps bring Manitoba’s testing process in line with other regions, he said. Once a provincial lab has done a certain number of tests, it can start a process to confirm its own results — though some tests might still go to the national lab.

“This is very consistent with other provincial labs throughout the nation,” Roussin said.

The province has an adequate supply of face masks for health-care workers, though their inventory had to be secured after there was some theft and hoarding earlier, Siragusa said.

“Probably even before our first case was confirmed,” she said. “It was just the anticipation.”

The theft happened at a site in Winnipeg, and no suspects were identified, Siragusa said.

More Manitoba community testing sites will open on Friday: in Eriksdale at the Eriksdale Wellness Centre from 10 a.m. to 3 p.m., and in Pine Falls at École Powerview School from 9 a.m. to 4 p.m. daily.

The community testing site in The Pas has been relocated to the Wescana Inn and will still be open weekdays from 9 a.m. to 4 p.m.

That will bring the province’s total number of community testing sites to 14, including four drive-thru locations.