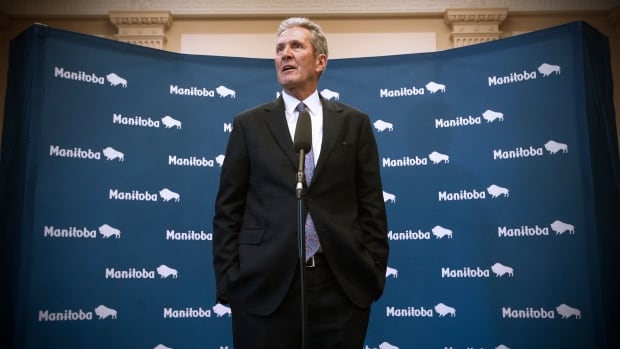 The criteria needed for Manitobans to be tested for the novel coronavirus that causes COVID-19 is expanding to all people with even mild symptoms of the illness, Premier Brian Pallister said Tuesday morning.

The expansion of testing is being done to get a truer sense of the spread of the novel coronavirus in the province, which is needed before businesses and services closed by the pandemic can begin reopening, he said.

Pallister expects the change will triple the number of people being tested for the illness by the end of summer.

“What we’re looking to do by broadening the intake here, at least in its early days, is focused on giving … Manitobans that confidence that they need to have that they’re not carrying the disease, that when they move around, when they shop, they’re able to do so safely,” Pallister said.

Dynacare has been helping study samples from Manitoba since early April, a news release from the province says. The province has made an agreement with Dynacare that will have the private company do up to 2,000 tests per day before the end of summer.

Dynacare will work to establish a second COVID-19 testing lab in Winnipeg to help the testing process go faster, the province said. Currently it is doing the tests in Ontario.

As of Monday, the total number of cases of COVID-19 in the province was at 272. The number of active cases is only 61; the other patients have recovered.

Seven people are being treated in hospital, two of whom are in intensive care.

The number of deaths remains at six.