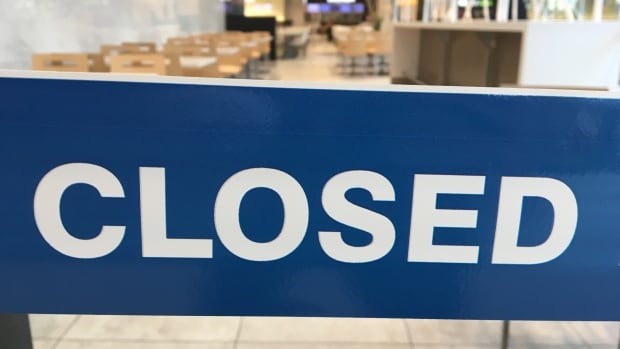 Manitoba may roll back some pandemic restrictions earlier than planned, the province’s top public health official says, as key metrics remain low two weeks into the first phase of reopening.

“I don’t have details on that today, but it’s very likely that we’re going to be ahead of schedule on some of the loosening of the restrictions that we had planned,” said Dr. Brent Roussin, Manitoba’s chief provincial public health officer, on Tuesday.

Manitoba began Phase 1 of its reopening plan on May 4, allowing the operation of a wide swath of non-essential businesses including hair salons, restaurant patios and retail stores.

Since that time, 10 new cases of COVID-19 have been identified, including several linked to a cluster at a Brandon trucking company. But the province’s active case number has dropped from 37 to 26 — out of a total caseload of 290— as recoveries outpace the discovery of new cases.

The province is also looking at the test positive rate, or the proportion of positive results compared to the total number of tests completed, Roussin said. For the past seven days, that number has dropped to 0.03 per cent, he said.

“So dramatically low, I think,” he said. “In Canada overall it’s, you know, close to six or seven per cent.”

Those numbers mean the province may begin the next wave of loosening restrictions earlier than the original target date of June 1, Roussin said, although he didn’t provide further detail on how other restrictions might be lifted or when that would take effect.

Roussin said he’s also expecting to raise the limit on public gatherings from the current maximum of 10 before June 1, but he didn’t provide more detail on the timeline.

Roussin cautioned Manitobans against lowering their guards too quickly. He pointed to recent examples of community transmission, including new detail about an employee of a Winnipeg Walmart who tested positive Friday, as proof the virus continues to move in Manitoba.

It’s not known how that individual got sick, he said, and he warned the public Tuesday the worker was in the Southdale store from 4 p.m. to 9 p.m. on May 9.

“But we know we have this case — we can’t link this case to anything in particular. So we know the virus is still here, so it’s not that return to normal. We could see that upward trend again if we let up on our precautions.”

According to the province’s road map for bringing the economy back online, Phase 2 of the reopening is set to begin no earlier than June 1, with the potential exception of raising the limit on public gatherings in mid-May.

Roussin has said in the past public health officials typically need two full incubation periods — or four weeks — to review how well changes are working.

The province’s original plan for Phase 2 includes allowing restaurants to reopen indoor spaces at 50 per cent capacity, as well as film productions and seasonal non-contact children’s sports or activities, as long as physical distancing measures are in place.

Manicurists and pedicurists may be considered, the province says, along with other changes, depending on the results of Phase 1.

More information on the next wave of reopening will be shared in the coming days, Roussin said Tuesday.

“We’ve come up with a pretty good plan,” he said. “It’s not quite finalized yet, but hoping later this week to be able to share the details of that Phase 2 plan.”