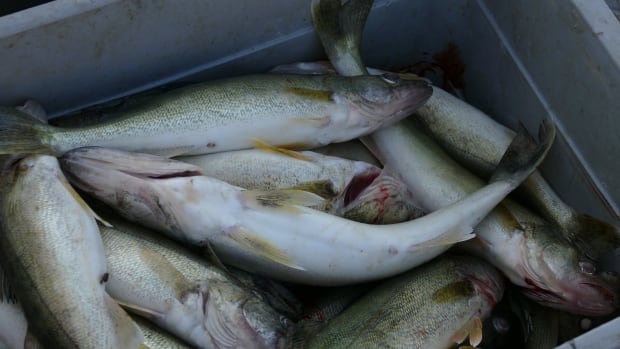 The Assembly of Manitoba Chiefs and commercial fishers want an independent review of the health and sustainability of Lake Winnipeg’s fish populations, after a report they commissioned showed some drastically different results than those released by the provincial government.

The report, produced by the Anishinabek/Ontario Fisheries Resource Centre (A/OFRC), was commissioned by AMC and the Pioneer Commercial Fishers of Manitoba, which represents commercial fishers in the province.

The report showed there are some similarities, but also some significant differences, between the analyses conducted by A/OFRC and those published by the Manitoba government, says a news release issued by AMC.

A key finding from the A/OFRC report was that the walleye population is well established, with a less than one per cent chance that the lake has been overfished in 2019, the release says.

The A/OFRC research team is now in the process of evaluating the effects of the province’s recent changes to the mesh size of gill nets.

AMC Grand Chief Arlen Dumas said the results of the study show that fishers are well aware of the health of the fish population.

“I believe that this study is a testament to that position and that the fisherman are more than aware of the dynamics of the fishing industry.”

Last year, the provincial government introduced new measures aimed at reducing the walleye catch on Lake Winnipeg, in response to concerns from biologists about the deteriorating condition of walleye stock in the lake.

They also announced that mesh sizes on gill nets would increase in size to allow smaller walleye, sauger and other species to escape and spawn. That change came into place in April.

In response, commercial fishers stopped co-operating with Manitoba on species management and hired their own scientists to combat what they call dubious data.

In a statement emailed to CBC News on Saturday, a spokesperson for Agriculture and Resource Development Minister Blaine Pedersen said the changes that have been brought in “will allow a greater proportion of smaller fish to grow to spawning size before they can be harvested, increasing the overall productivity of fish stocks.”

These changes were supported by the overwhelming majority of fishers on Lake Winnipeg, and their impacts will be monitored through the department’s annual index netting program, the spokesperson said.

“We have full confidence in the data being gathered by our department’s fisheries professionals,” the province’s statement reads in part.

Einar Sveinson, president of PCFM, said he hopes this study will allow for much-needed dialogue with the province about the changes.

“Making dramatic changes without monitoring and analysis of cause and effect leaves the industry and the lake vulnerable,” he said in a news release.

“Our priority is the sustainability of the lake and stocks as we are generational fishers and hope to continue our traditions well into the future.”

Pedersen’s spokesperson said the province will keep working with all commercial fishers to ensure a productive, sustainable fishery.