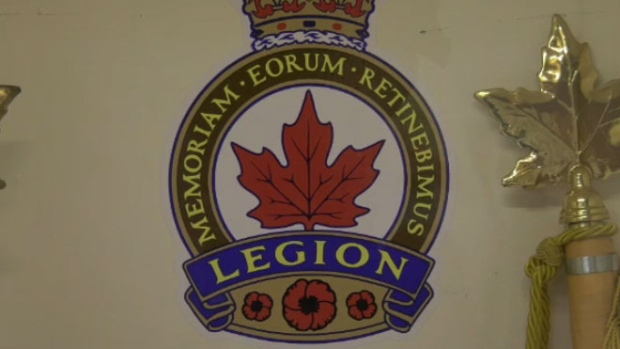 WINNIPEG — The COVID-19 pandemic is leaving Canadian Legion branches across the country with extra challenges.

Strict guidelines mean a branch’s only source of income to pay the bills is from hall rentals, fundraising, and running a restaurant and bar, leaving many struggling after closing due to the pandemic.

“We are doing the best we can to assist those branches,” said Jerry Lava, president of the Manitoba and North West Ontario Royal Canadian Legions.

“We are likely looking at 20 per cent in and around Manitoba that, if they can’t get some reasonable revenue in or get some fundraising going, they’re running (into) extreme difficulty to maintain their financial obligation,” he said.

The Legion’s biggest fundraiser, the Poppy Campaign, raises funds that go directly to veterans’ support and can’t be used on operation fees.

Lava says many branches are luckily in the process of reopening now.

In Winnipeg, the West Kildonan Legion is open, and the other branches are planning on reopening on either June 15 or 21.

Lava said they are trying to secure supplies like personal protective equipment and sanitizing gel. Some branches are also installing Plexiglas around the bar.

Over the months the Royal Canadian Legions were closed, Lava said the volunteers were still busy.

“The branches have been doing all they can during the pandemic. Volunteers have been making non-surgical masks to give to seniors and veterans, as well as making meals to provide to the veterans,” he said.