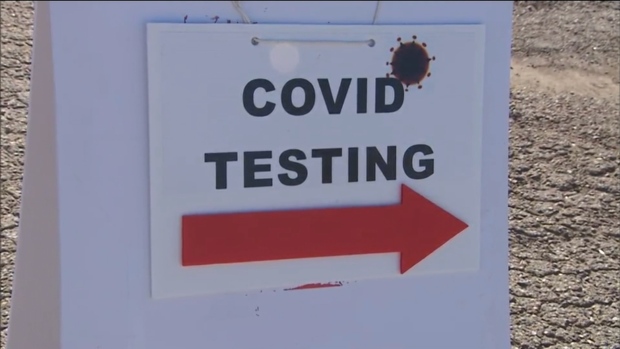 During a news conference on Tuesday, Dr. Brent Roussin, Manitoba’s chief provincial public health officer, said the province is planning to roll out an appointment-based scheduling system for testing in the next few weeks.

“It will essentially be using a call centre, and an online or phone-based system to be able to make appointments for symptomatic people and direct them to a different site to try and streamline the process,” he said.

A date for when the new program would be in effect was not announced.

Roussin said the goal of the new system is to get people in for testing on the same day they call for an appointment.

In recent days, the province has opened up additional testing sites in Winnipeg in an attempt to keep up with the demand for COVID-19 testing.

A mobile testing site opened up on September 30 at 1181 Portage Avenue, and a drive-thru testing site at 1066 Nairn Avenue opened on October 13. An additional site at 125 King Edward St. is scheduled to open next week.

Roussin added there are currently exploratory discussions underway with Doctors Manitoba to allow community family physicians to provide COVID-19 testing outside of regular hours, though no final decisions have been made.

The news comes after 124 new COVID-19 cases were announced on Tuesday. The majority of the new cases were from a backlog of tests over the long weekend, which has been resolved.

Since early February, Manitoba has performed 213,669 tests for COVID-19.