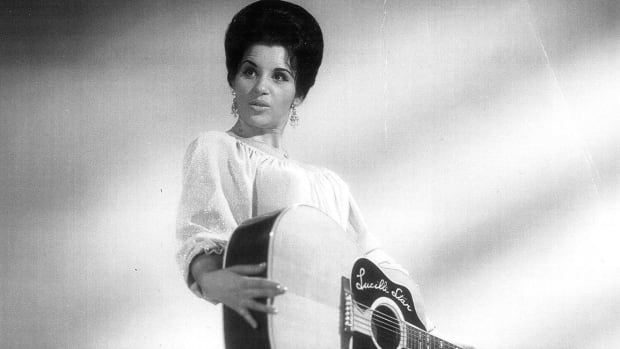 The trailblazing chanteuse, best known for The French Song came from a tightly-knit Francophone community in Winnipeg’s St. Boniface neighbourhood and rose to fame in the 1950s, performing all over the world.

Although Starr performed with Bob Regan as a country duo called the Canadian Sweethearts, she enjoyed a successful solo career as well.

A close friend of Starr Joyce Smith says she spoke with Starr’s husband, Brian Cunningham, of Las Vegas who confirmed her passing on Friday.

The family says the 82-year-old is survived by her husband, her son Robert Frederickson, stepdaughter Shannon Cunningham and stepson David Cunningham.

At Starr’s request, there won’t be a funeral, her family says.

The country queen was a trailblazer for women in music, according to the Canadian Country Music Hall of Fame.

“A member of both the CCMA Hall of Honour and the Canadian Country Music Hall of Fame, Lucille paved the way for female artists in country music,” CCMA president Tracy Martin said in an emailed statement.

“Her career continues to be an inspiration for countless artists, both male and female. Our thoughts are with her family and everyone whose life she touched throughout her brilliant career.”

Local music historian John Einarson said Starr rose to fame at the height of the British Invasion, when The Beatles were capturing hearts, but she carved out a space of her own.

“She was really a major star in country music all around the world,” he said on CBC Radio’s Weekend Morning Show on Saturday.

Starr also put her yodeling abilities to good use on The Beverly Hillbillies, where she provided the singing voice for Cousin Pearl.