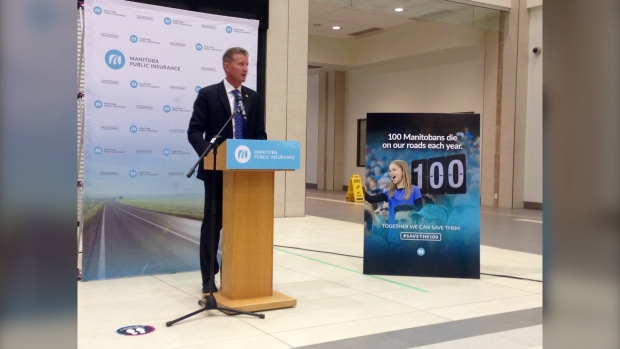 WINNIPEG — Manitoba drivers could soon be paying less for their vehicle insurance.

Manitoba Public Insurance has applied for an average 10.5 per cent cut in overall rates, which it says would save the typical passenger vehicle owner about $130 a year.

The Crown corporation says if regulators approve the move, it will be the largest cut in three decades.

The requested rate change varies widely for different kinds of vehicles — from an 11 per cent reduction for private passenger vehicles to a 1.8 per cent increase for motorcycles.

The corporation recently offered one-time rebates to drivers, due largely to reduced traffic and accident claims during COVID-19 restrictions.

President Ben Graham says the new rate decrease is possible because of a number of factors, including better management of expenses at the corporation.