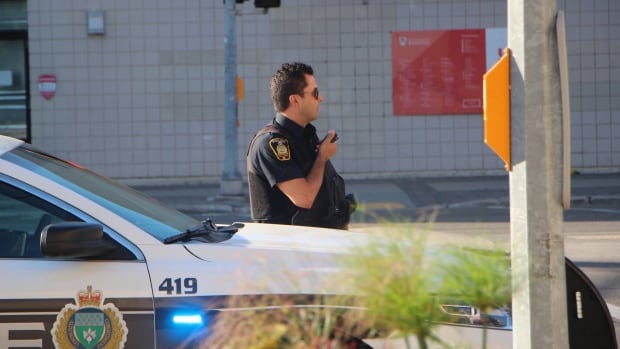 A man was taken to hospital after being assaulted on Ellice Avenue Saturday morning, police say.

Police were later searching the surrounding area, with one officer seen carrying a rifle and walking across the grounds of the University of Winnipeg campus near Portage Avenue.

A cruiser car was stationed on the north side of Portage Avenue, partially blocking access to Spence Street. Police later cleared out of the area.

After 9:20 a.m., police tweeted that traffic was blocked on Ellice Avenue between McGee and Maryland streets, and on Maryland Street between Ellice and Sargent avenues as officers investigated an assault.

Later Saturday morning, no information was yet available on the condition of the victim or how many suspects police are searching for, Carver said.