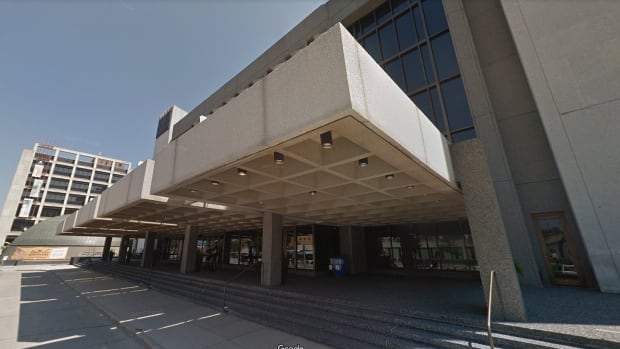 People in Winnipeg’s East Exchange area were sent into a panic Thursday morning after a man used a brick to smash a window of the Centennial Concert Hall before pulling out a gun.

Police were called to an area behind the concert hall, near Lily Street, around 7:45 a.m. They say the man appeared to be high on methamphetamine and broke a granite slab valued at $10,000. He then used a brick to smash the window, causing another $7,000 in damages.

The man then broke into the building but was confronted by security and left.

“He then brandished a handgun, terrifying pedestrians and resulting in multiple calls to 911,” a police news release stated.

The man threw down the gun when police arrived but refused to comply with the officer’s demands to get on the ground.

Police say he assaulted one of the officers but they did not elaborate on what happened. The man was forced to the ground where, as officers struggled to handcuff him, they also found he was carrying a knife and a heavy bar.

The 33-year-old-male is charged with assaulting and resisting an officer, multiple counts of possessing a weapon, mischief, break and enter, and failure to comply with a probation order. There was also an outstanding warrant for his arrest.