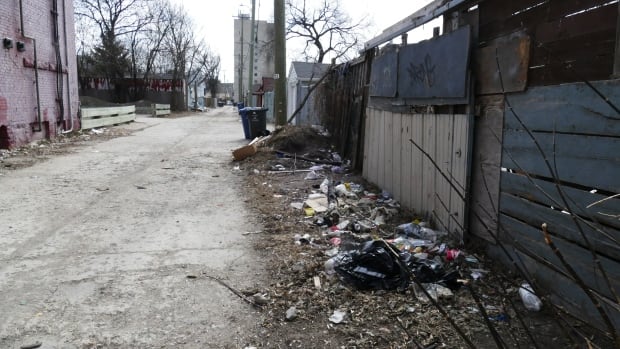 A man killed in the Centennial neighbourhood this week was minding his business, possibly feeding strays in the area, when he was senselessly shot, police say.

Brian James Brisson, 57, died after suffering gunshot wounds Wednesday around 1 p.m. There’s no signs he was robbed. He had no known ties to crime.

What Brisson was known for, Const. Rob Carver said, was visiting the area where he died to feed stray cats.

“I think it was just out of the goodness of his heart,” Carver said Friday.

“He was an absolute victim. All homicides are tragic, but this one particularly so.”

Police found Brisson in an alley between Elgin and Ross avenues near Isabel Street. He was rushed to hospital but died of his injuries.

Local businesses or residents in the area with video surveillance are also asked to review footage and pass on anything that could be related to the crime.

“I don’t think you can make sense of senseless crimes. There are degrees of tragedy. This is horrible, that’s why we’re making a plea to the public.”

Do you have information about this story? Email Bryce Hoye.