WINNIPEG — A man, dressed in a white hazmat suit, stole cash from a credit union in Landmark, Man., on Wednesday, Aug. 26, according to RCMP.

According to Ken Rempel, CEO of the Niverville Credit Union, the man handed a note demanding money to the bank employees.

“Our employees handled it very well as things unfolded. They were cool and calm,” said Rempel.

“He left very quickly, I’m very proud of our team.”

Police said the suspect left the bank with an undisclosed amount of money, and drove away in a white vehicle with extensive damage in the back.

No customers were in the credit union at the time of the incident.

Mounties added no one saw a weapon on the suspect and no one was hurt.

RCMP released photos of the suspect on Thursday. Anyone with information is asked to call St Pierre-Jolys RCMP at. 204-433-7433. 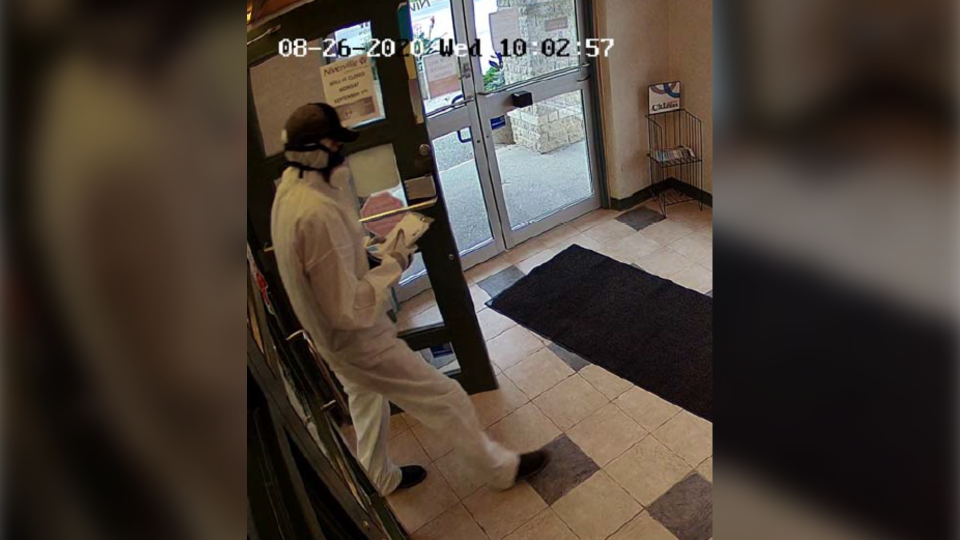