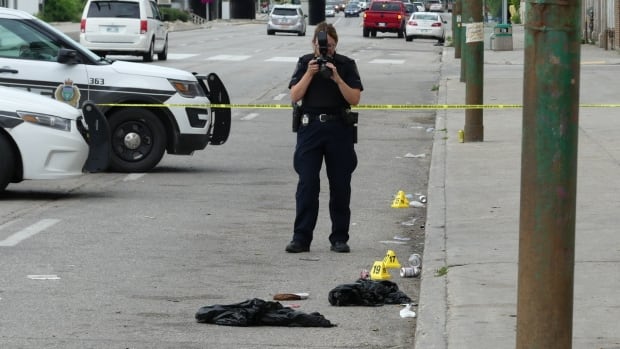 A 26-year-old man is charged in connection to the fatal beating of Valentine Sumner, who was found lying in front of a Winnipeg hotel.

Sumner, 41, was found outside of the Northern Hotel on Main Street, between Dufferin and Jarvis Avenues, on July 18.

Paramedics rushed him to hospital, where he was pronounced dead.

Christopher Michael Grozelle, who had been charged on July 24 with aggravated assault in relation to the beating, is now charged with manslaughter, police said Wednesday.