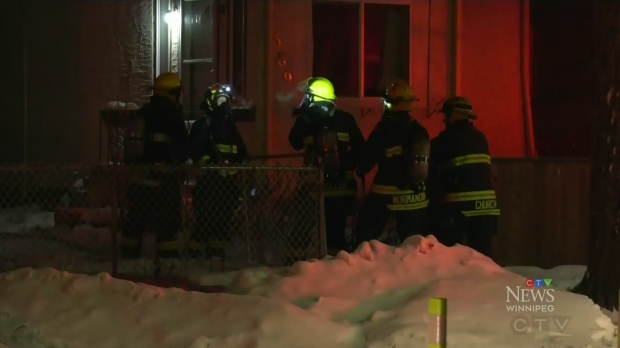 A 48-year-old man faces arson and assault charges following a fire in the 500 block of McDermot  Avenue Wednesday evening.

Firefighters were called to the two-and-a-half storey multi-family home at around 7:25 p.m., where they found smoke coming from the building.

What they encountered next prompted fire crews to call for police help.

When officers arrived, they were told a man visiting the suite had previously taken methamphetamine and was acting paranoid.

Police allege the man started a fire by burning his shoes in an open oven.

Other tenants heard a loud bang, alerting them of the fire.

While escaping the building, police said tenants saw the man holding a knife.

During a brief confrontation with the man, aman who lived in the building was stabbed once, causing a minor injury, and a woman was hit with an unknown object.

Tenants attempted to put out the fire with fire extinguishers prior to firefighters arriving.

Once the fire was out, police then searched the building but turned up no other weapons.

The suspect was treated and released from hospital, after which he was detained in custody. The city said other than two people taken to hospital by paramedics, it appears no one else was hurt.

Alex John Abraham has been charged with six counts of arson with disregard for human life, one count of arson causing damage to property and two counts of assault with a weapon.