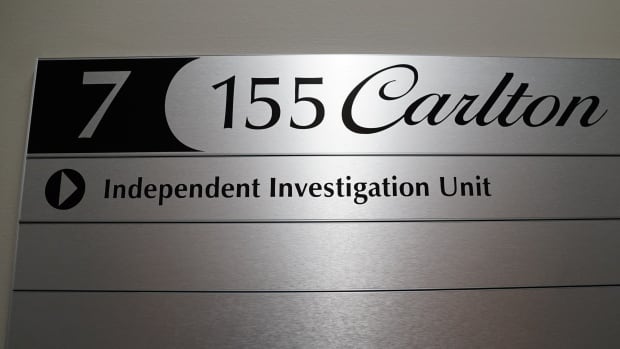 Manitoba’s police watchdog is investigating how a man arrested Tuesday wound up with a gash on his ear and a potentially collapsed lung.

The arrest happened in the early morning hours of Tuesday, following a chase that started outside Winnipeg after a rural residential break-in, the Independent Investigation Unit of Manitoba says.

The Winnipeg Police Service was notified just after midnight by RCMP that a stolen vehicle they were pursuing, wanted in connection with the break-in, was within city limits, the IIU said in a Wednesday news release.

Winnipeg police took up the chase at the intersection of Lagimodiere Boulevard and Dugald Road, near Mission Industrial Park.

The chase continued north, until the vehicle being pursued drove into a ditch near Grassie and Lagimodiere boulevards, in the East Kildonan-Transcona area, the IIU said.

Two people fled the vehicle. One was arrested by police after a short chase on foot, while the other was found a few blocks away on Mahonee Drive.

At the time of his arrest, the second suspect, 23, had a laceration on his ear. He was sent to Winnipeg’s Health Sciences Centre to have the injury inspected, but was admitted to hospital for a possible collapsed lung, the IIU said.

Because an internal injury that requires admission to a hospital is considered a serious injury, the IIU — which is mandated to investigate all serious injuries involving Manitoba police — has launched an investigation into the incident.

It says because the investigation is ongoing, no further details will be released at this time.

Anyone who may have information or video footage that could help with the investigation is asked to contact the investigative unit toll free at 1-844-667-6060.