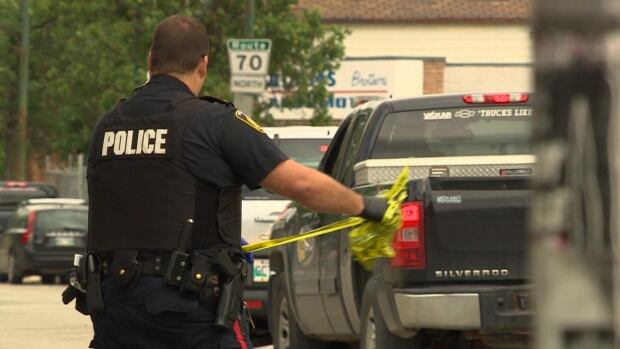 A 33-year-old man has died after being stabbed in a McDonald’s parking lot early Friday morning, police say.

Robert James Forbister has been identified as the victim of what is now considered a homicide, the Winnipeg Police Service said in a news release on Sunday morning.

Forbister was taken to hospital around 4:35 a.m. on Friday with apparent stab wounds, the release said. Investigators determined he had been assaulted shortly before that in the area of Portage Avenue and Sherbrook Street.

Police are asking businesses and people who live in the area to check their surveillance footage from the early hours of June 19, specifically between 4:00 and 4:30 a.m.

Investigators are also asking anyone who was in the area during that time and may have information that could help police to call 204-986-6219 or Crime Stoppers at 204-786-8477.