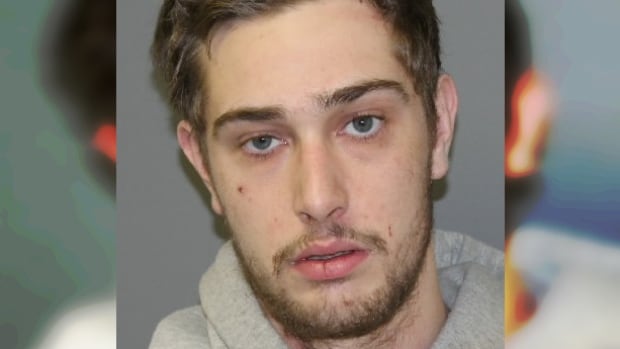 Police in Dauphin, Man., are looking for a 23-year-old man in connection with a deadly stabbing in the western Manitoba city in the early hours of Saturday morning.

RCMP responded to a report of a stabbing at a house on 7th Avenue SE, between 1st Street SE and 2nd Street SE, around 3:40 a.m., Mounties said in a news release on Sunday.

When officers got there, they found the body of a 32-year-old man inside. They learned that an 18-year-old man had also been injured, but had already gone to the hospital and been treated. He has since been released.

Police are now searching for Nicholas Ryan-McKinnon, who is wanted on 2nd-degree murder and aggravated assault charges.

Ryan-McKinnon is described as six feet tall and roughly 165 pounds with light brown hair and blue eyes. He’s from British Columbia, but has been living in the Dauphin area since December, and may still be there, the release said.

Dauphin is about 250 km northwest of Winnipeg.

RCMP are asking anyone with information about where Ryan-McKinnon is to call the Dauphin RCMP at 204-622-5020, or Crime Stoppers anonymously at 1-800-222-8477. People can also submit secure tips online at manitobacrimestoppers.com.

Major crime and forensic identification investigators are helping with the case, the release said.