Home  »  News   »   Making the most out of summer: what Manitobans are doing in light of cancelled events 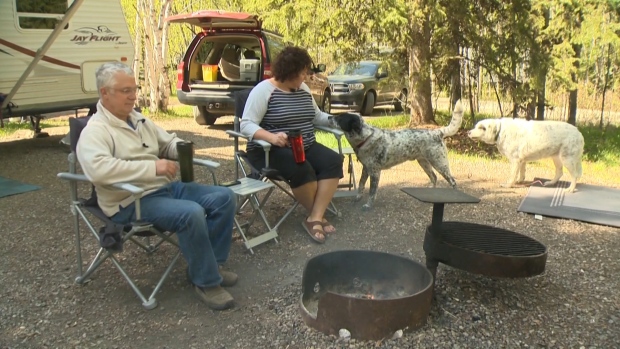 WINNIPEG — The province is slowly loosening restrictions imposed to slow the spread of COVID-19, but many summer activities are still a no-go.

Popular events like Folk Fest and the Fringe Festival had to be cancelled to protect the health and safety of staff and festival goers.

Now Manitoban’s are looking for alternate ways to spend their summer days.

Glenda Penner had a lot planned this summer, but since the province declared a state of emergency – her schedule has opened up.

“The first one I had cancelled was the Great Gatsby event that was going to be held at the Met,” said Penner. “I also was supposed to be going to see The Weekend in June with one of my girlfriends.”

She said to pass the time she’s been taking her dog for more walks, reading more and trying new recipes, but she wants to get out of the city.

“My family can open up the cottage in May or June, and that could maybe be a different thing to do instead of staying at home,” said Penner.

Getting out of town is an option for cottage-less folks as well.

This week the province announced campground bookings will resume on May 4 and staggered dates are being offered to make it easier to book a site.

Gatherings on camp sites are limited to 10 people or less, and people must practice good hygiene and physical distancing.

Campers will have to wear shoes in the showers, and bring their own toilet paper, soap and hand sanitizer.

There’s a travel ban north of the 53rd parallel with exceptions for essential travel. This means no one from southern Manitoba should be travelling to a campground in the north.

Colin Ferguson, president and CEO of Travel Manitoba said there’s a silver lining to not being able to travel outside of the province.

“This year is a great opportunity for people to explore their own backyard, and find out what Manitoba really has to offer,” said Ferguson.

He recommends Manitoban’s who plan on camping go online and familiarize themselves with the new rules and regulations.

Penner is looking forward to getting out to the cottage, but she’s still disappointed about the cancelled Weekend concert.

“Part of my ticket price was receiving his CD in the mail,” said Penner. “I guess I could, on that day listen to the CD very loud in my apartment and dance.”