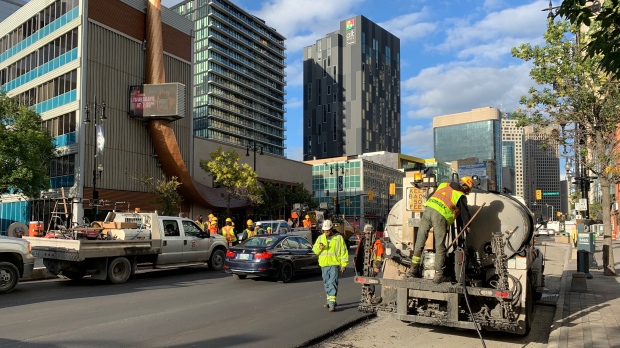 The city says cross streets along on the north side of Portage Avenue will be intermittently closed from 6 p.m. to 7 a.m. for what the city called a “major asphalt paving operation”.

The city said traffic will be able to continue along Portage Avenue during the closures, but the cross streets will be closed down during paving.

The city also said the Jubilee Overpass at Pembina Highway will be closed overnight on Tuesday and Wednesday from 11 p.m. to 5 a.m. for street light repairs.

Winnipeggers are asked to use alternate routes.

More information about road closures can be found on the City of Winnipeg website.