WINNIPEG — A man from South America is on an adventure that’s taken him across two continents. On the way, he made a pit stop in Winnipeg to share his story.

Héctor Argiró, from Argentina, has been on the road for three years on a trip that’s taken him through 19 countries.

Argiró said he got the idea when he was a kid while watching a rally car race in Argentina with his father.

“I asked to my father, [how] far goes the Pan-American Highway, and he told me to Alaska,” said Argiró.

He then went to school, got a job as a cartographer and became a professor before finally, at the age of 40, embarked on his dream road trip of driving the entire Pan-American Highway.

THE LITTLE CAR THAT COULD

Driving the Pan-American Highway is no easy task for a car. It runs over 30,000 km and spans from the southern tip of South America, all the way to Alaska.

For the long drive, Argiró bought and restored a 1969 Torino 380 coupe. 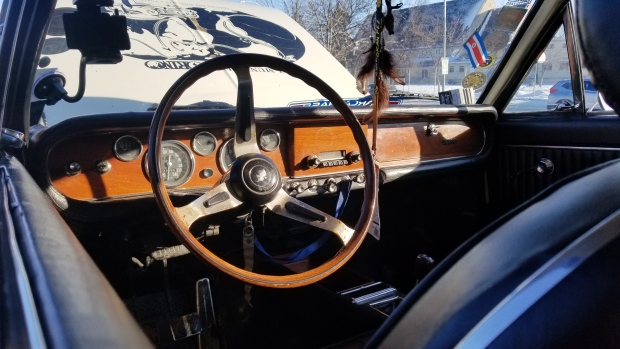 The uniquely Argentinian car may seem like an odd choice for such a long road trip considering it doesn’t even have air conditioning, but Argiró said it just makes it more reliable.

“It’s comfortable, the seats are like a couch. It’s a good suspension, it’s a car for the road, for the highway.”

After spending that long in a car, you can start to develop a sentimental connection with it, which is why Argiró affectionately nicknamed it Balboa.

THE TRIP THREE YEARS IN THE MAKING

“I’m living my dream,” exclaimed Argiró. “Every day is different and you must solve different things every day.”

Argiró has completed his dream of driving the Pan-American Highway and is on his way back from Alaska. 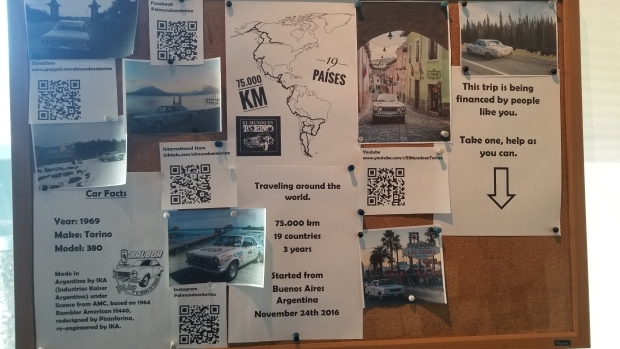 To fund his trip, he has several sponsors for oil, tires and gas.

He also tries to save on accommodations along the way.

“I sleep in the vehicle 10 per cent of the nights, [the] other 20 per cent I sleep in motel or hostel something cheap, [and] 70 percent [of the time] people host me,” Argiró said.

“Maybe Toronto, I need to fix a couple little things with the car. When it’s ready I continue on to Toronto,” said Argiró.

After heading to Toronto, Argiró said he will travel the east coast in the United States before resting for several months in Mexico.

“The idea is go to Europe and one day complete the world,” said Argiró.

He also hopes to one day turn his Instagram posts about the journey into a book.

-With files from CTV’s Mike Arsenault