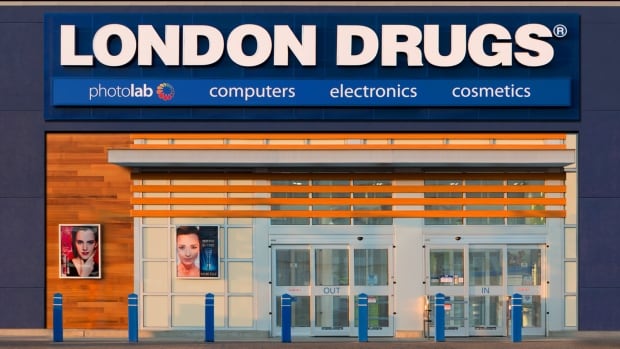 Small businesses struggling to sell their products after being forced to close to help slow the spread of COVID-19 now have another way to start making some money.

London Drugs is making space available on its shelves specifically for small businesses that have had to shut down because of the pandemic.

The drugstores will dedicate its centre aisles in select locations to feature products from local businesses. The national chain started taking applications from businesses on Tuesday.

Small business owners are worried they won’t make it through the pandemic without having to shut their doors for good, said Loren Remillard, president and CEO of the Winnipeg Chamber of Commerce.

Many businesses are struggling to keep paying fixed costs like rent and employee wages while their income has ground to a halt, so the chance to have their products available for sale somewhere else could be a lifeline, he said.

“This allows at least an opportunity to start generating some revenue to help with some of those costs,” Remillard said.

Remillard has already heard from a few Manitoba businesses interested in getting their products on shelves in the drugstore.

The drugstores are allowed to stay open because they’re considered essential services, which gives them the chance to help small businesses survive, said Clint Mahlman, president and COO of London Drugs.

“Whether you sell coffee, local honey, or your restaurant’s graphic T-shirts, London Drugs is here to help,” Mahlman said in a news release. “Now is the time, more than ever, to come together.”

It’s a sentiment echoed by Remillard.

“The gesture itself really signifies how the business community has come together. We compete 24/7 in normal circumstances, but through this pandemic, what you’re really seeing is business putting that competitive nature aside to say, ‘How do we really help each other?'” he said.

Remillard said he hopes the focus on supporting local businesses continues even after restrictions related to COVID-19 have been lifted.

Non-essential services in Manitoba had to shutter on April 1 under a public health order made to limit the spread of the novel coronavirus that has infected more than three million people worldwide. Manitoba health officials say adherence to strict rules has allowed the province to keep the infection rate down, with only six deaths.

The reopening plans announced by Manitoba Premier Brian Pallister on Wednesday mean lots of businesses now have the chance to start making money again — but the offer from London Drugs could still be crucial for businesses unable to open for the time being, Remillard said.

“I would expect that there’s still going to be some retailers that maybe, even though they’re able to open, won’t open because they cannot access [personal protective equipment], hand sanitizer and other products that are going to be so vital to a successful opening.”