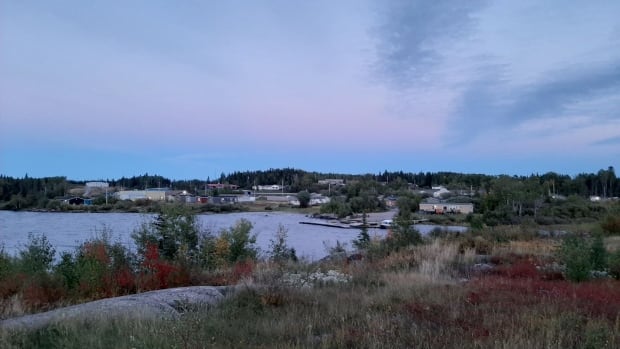 The majority of the 19 people who have tested positive for COVID-19 in Little Grand Rapids are self-isolating in Winnipeg hotel rooms, according to a member of the Manitoba First Nation COVID-19 Response Team.

It’s an effort to prevent the virus from spreading to family members living in close quarters on the remote northern Manitoba First Nation.

“We do have some concerns of overcrowding,” said Melanie MacKinnon, executive director of Ongomiizwin–Indigenous Institute of Health and Healing.

An outbreak was declared in Little Grand Rapids Oct. 4. The community, with a population of 800, was upgraded to red or critical. It has the highest case count so far of any First Nation in the province.

“It’s alarming,” MacKinnon said, adding the response team was there when the first case was discovered, continue to test for other cases and are bringing in additional help.

MacKinnon said they have planned for a potential outbreak on a remote community for months, but it’s been a challenge to help people who have tested positive find a place to self-isolate.

Little Grand Rapids is about 270 kilometres northeast of Winnipeg and is only accessible by plane.

Part of the planning included having air ambulances and charter planes ready in case someone needed to go to Winnipeg.

There are also daily checks on people who have tested positive, and some people have been moved closer to Winnipeg so they’re closer to a hospital if they need one in the coming days, she said.

Under the heightened restrictions, only essential workers are allowed to go to work. No public gatherings are allowed and only person in a household can leave to get necessities.

That’s raising concerns around food security, and about how people will be able to go out to get groceries during the lockdown, she said.

Resident Glenn Keeper has stockpiled food, which he hopes he has enough of, and plans to stay home with family.

“You don’t know who you’re going to run into and you don’t know if they have it or not, because it’s hard to tell right now,” he said.

He said community members have been working hard to keep their distance and wear masks, but some are taking it more seriously than others.

The majority of cases that have occurred on reserve stem from community members heading into an urban area like Winnipeg to visit family, and then returning to their home community, she said. It’s a reminder for all First Nations community members to stay home if they aren’t well when they return home, MacKinnon said.

If anyone needs to be hospitalized and needs a ventilator, they will also have to come to Winnipeg, said Assembly of Manitoba Chiefs Grand Chief Arlen Dumas.

“There is no resourcing in the north to accommodate that type of care,” Dumas said.”I think that’s something we need to look at in the future.”

Little Grand Rapids is now the sixth First Nation in Manitoba to have cases of COVID-19. The First Nations that have reported COVID-19 cases as of Oct. 5 include: