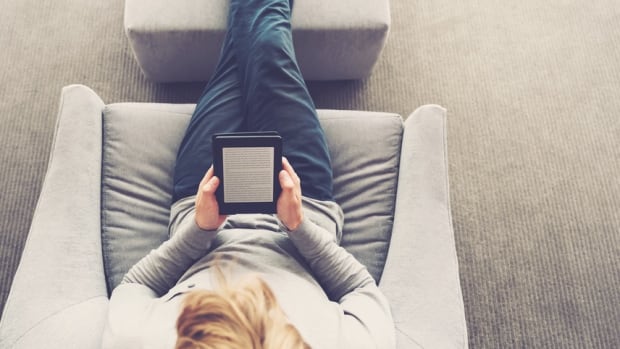 Libraries across Canada are feeling grateful for a temporary reduction in costs for e-books and audio books as demand for those materials soars during the pandemic.

Sharon Day, chair of the Canadian Urban Library Council’s e-content working group, says several publishers have slashed prices for libraries to access electronic materials, while others have offered access to titles that were previously off limits.

“It was very, very good news in a very dark period,” Day said over the phone from Edmonton, where she works as the library’s director of branch services and collections.

Day says many of the price reductions were put into place early during the pandemic and were slated to end in mid-June. Libraries are eager to see how many of those offers are extended.

Major publisher Penguin Random House has offered a major discount on one-year licences, she says, and Macmillan US has lifted an embargo that prevented libraries from offering e-books to patrons within eight weeks of publication.

“We were disappointed to know that it took a global pandemic in order for them to bring forward a change that we thought … should never happen in the first place,” Day said,

HarperCollins and House of Anansi have also offered temporary discounts.

Day says the result of the changes is that libraries will be able to buy more copies of the electronic materials and patrons won’t have to wait as long to get them.

“These deals from publishers have helped, and we hope they will be extended,” Melady said.

Libraries closed except for online

Libraries across the country have closed most of their services to mitigate the spread of COVID-19. But many are still offering electronic materials to patrons hungry for reading material.

But gaining access to electronic materials has been an ongoing challenge for libraries in the past few years, making it difficult for them to meet what was already a growing demand.

Many libraries have complained that publishers have been charging them exorbitant licensing fees with markups of up to eight times retail price — and that’s if libraries could get a copy at all. Some publishers have denied libraries access to new best-sellers entirely.

The Canadian Urban Library Council has previously called for fair access to e-books and audio books. Day says restrictive licensing models diminish libraries’ ability to remain relevant going into the future and to be relevant to patrons.

Kay Cahill, the Vancouver Public Library’s director of collections and technology, says the changes will ultimately benefit both libraries and publishers and she hopes they will remain in place in the long-term.

“We really are grateful that they’ve stepped up to support libraries and patrons during the pandemic,” Cahill said in an email.

A 2016 Pew study suggested that library users are more likely to buy books. And early research from the Panorama Project, which examines the impact of libraries on book sales, similarly suggests that library availability of new books increases sales and promotions.

Cahill hopes other publishers follow suit, especially as patrons will likely continue to shift to digital as the pandemic continues.

“Ensuring libraries can continue to offer strong digital collections to our communities will remain of paramount importance,” Cahill said. “Especially when so many have suffered financial impacts that may limit their ability to purchase content or subscribe to paid services.”