Home  »  News   »   Kitchen Karaoke: How restaurants are adapting during the pandemic 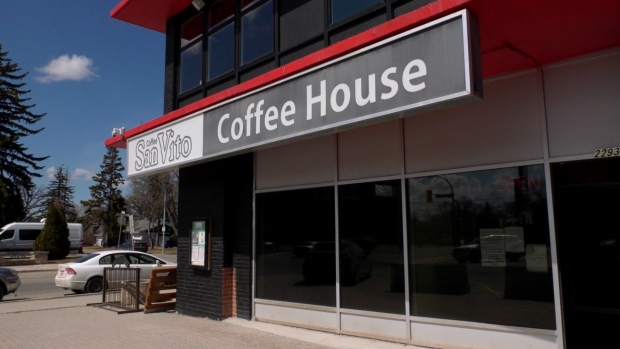 WINNIPEG — Restaurants are finding new ways to adapt to the ever-changing restrictions during the COVID-19 pandemic.

For many businesses, including San Vito Coffee House, the pandemic has been challenging.

”When we started, we were probably doing about 30 per cent of the business we would normally do, so it was alarming,” said Geordie Wilson, the owner of San Vito.

The coffee shop is located in St. James, and has been open for 10 years.

Wilson said he’s had to change the way he does business in the last few weeks, including adding free delivery across the city. He said they’ve offered delivery in the past, but at that time used third parties.

“The problem is they take a big chunk of margin off your bottom line,” said Wilson. “We knew we had to do this ourselves, so we deliver our own stuff.”

Normally, there’s a staff of about eight people, but because of the pandemic, staffing has been reduced to four.

Wilson said while the volume of customers has gone down, the average order size has actually gone up.

“I would equate it to this: If you’re treading water and you have your head pulled back, and your nose is sticking up breathing air, it’s all good right now as long as a big wave doesn’t come across,” said Wilson. “We’re hanging in there.”

A new survey by Restaurants Canada reveals one in two independent restaurants in Canada expects they will not survive the pandemic unless drastic change happens over the next three months.

It said the pandemic has caused 800,000 jobs losses in the commercial sector, and said since March 1, 80 per cent of restaurant owners have had to layoff staff.

In this time, it also said 10 per cent of restaurants across the country had to close their doors permanently.

The Manitoba Restaurants and Foodservices Association said the industry will have to make significant changes for the future based on COVID-19.

“We do know that our future business model cannot survive on delivery and take out revenue alone, and we are working with our federal and provincial governments to ensure all future industry protocols must include a dine-in component,” said Shaun Jeffrey, the executive director of MRFA in an email to CTV News.

Another change to come out of all of this for San Vito is an increased social media presence, with Wilson himself as the star of ‘Kitchen Karaoke.’

We love this store! Check out this morning’s version of Kitchen Karaoke on this beautiful day! Order yourself some milkshakes for delivery today! We deliver free city wide! #Winnipeg pic.twitter.com/JhYDzmERk5

The shop has been posting videos of Wilson singing popular songs, with the lyrics changed to be more coffee-centric.

“We were feeling in the dumps, too, as was everybody else with what was going on,” said Wilson. “We wanted to put a smile on people’s faces, and that’s really why we did it.”

Wilson said he’s received lots of positive feedback, and is happy he can offer some laughs during this difficult time.

He said he’s optimistic for the future, and hopes some restrictions can start to be lifted in the coming weeks.