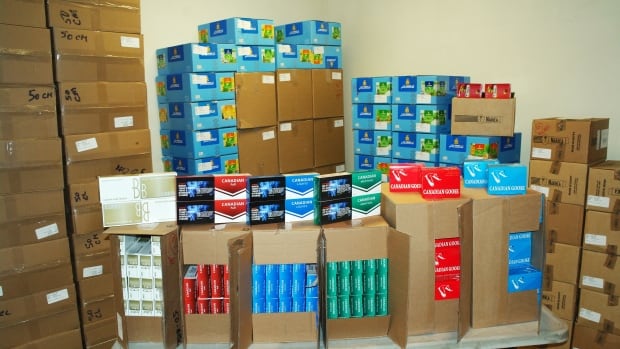 The Kenora-Rainy River area in northwestern Ontario has been deemed the “gateway of contraband tobacco” by an organization that works to stop the trade in illegal cigarettes.

All of the illegal cigarettes seized in Manitoba, Saskatchewan and Alberta are driven through the area and are usually sourced from southwestern Ontario,” Ron Bell, spokesperson for the National Coalition Against Contraband Tobacco (NCACT) said in a statement.

More than $1.3 million in contraband tobacco products have been seized in the Kenora-Rainy River area in the past two months, NCACT said. The seized products were being shipped west.

The epicentre of the illegal tobacco trade in Canada, however, remains in Ontario, Bell said.

“With one in three cigarettes sold being illegal and the government losing over $750 million in provincial excise tax, it is clear that organized crime groups continue to act with near impunity,” Bell stated. “This is having a real impact on every Canadian province, from Newfoundland to Alberta.”

Bell states that money made by organized crime groups through the sale of contraband tobacco is then used to fund other illicit activities, such as human and cocaine trafficking.

Bell called for Kenora-Rainy River MP Greg Rickford to meet with NCACT to discuss the issue.