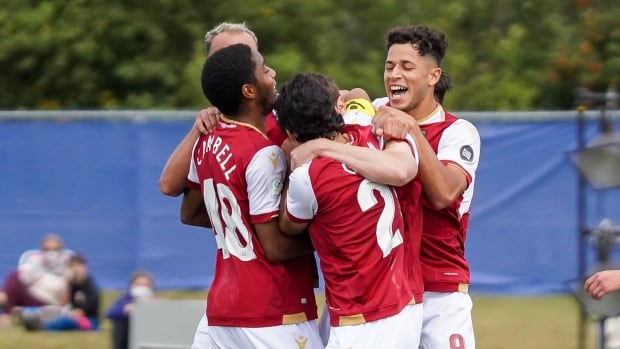 Kacher connected on a corner kick from the top of the penalty area and fired the ball past Edmonton goalkeeper Connor James.

The win moved Winnipeg-based Valour (2-2-1) into a tie for third place on points (seven) with York 9 FC, which drew HFX Wanderers in Saturday’s other game.

Daryl Fordyce opened the scoring for Valour in the 61st minute. His penalty kick was denied by James, but the rebound went back to Fordyce who had the Edmonton goaltender at his mercy and scored easily.

Easton Ongaro scored in the 73rd minute when he headed in a well-placed cross from Terique Mohammed.

Winless Edmonton fell to 0-4-1 in the CPL season, dubbed the Island Games as the teams are playing in a bubble in Charlottetown due to the COVID-19 pandemic.

Wanderers and York 9 play to a draw

In Saturday’s other game, Omar Kreim scored in the 91st minute as 10-man Wanderers salvaged a draw with York 9.

The Halifax-based Wanderers (1-1-3) played the majority of the game down a player after Joao Morelli Neto was shown a red card in the 22nd minute for elbowing a York 9 player in the throat.