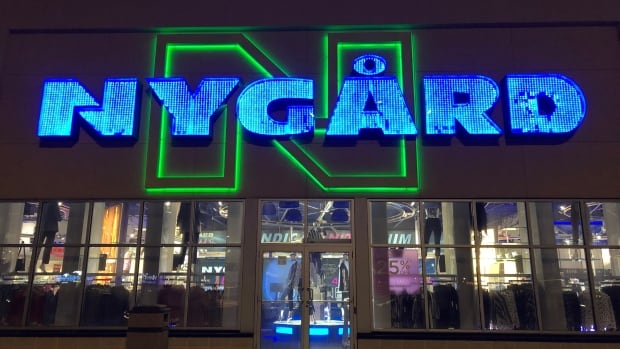 A Manitoba judge has ordered a group of Nygard companies into receivership.

The move follows a decision last week by Court of Queen’s Bench Justice James Edmond to give the Winnipeg-headquartered fashion companies until March 20 to repay their American lenders.

In court Wednesday, Edmond ordered that a receiver be appointed after the lender, White Oak Commercial Finance, applied to the court to do so on an “urgent basis.”

“I am satisfied in light of the evidence that’s been filed that a receiver should be appointed immediately to take control of the Nygard group of companies,” Edmond told court.

In making his decision, the judge cited a lack of due diligence on the part of the Nygard group, and not acting in good faith.

White Oak, along with Second Avenue Capital Partners, had asked the court to place nine Nygard companies into receivership in order to recoup a loan worth more than $25 million US.

In its court brief, White Oak said the Nygard group had provided no information to the lenders about what has happened to the employees, about how the stores are being secured and locked down, and how the company is planning to sell its inventory, among other issues.

“The Nygard group has been acting in bad faith,” the White Oak brief said.

The Nygard chain operated 169 retail stores in North America and had 1,450 employees worldwide.

Court documents show White Oak was not consulted when Nygard closed its retail stores last week due to the COVID-19 outbreak — a decision that also affected the lender.

“While the shut-down of the brick-and-mortar business may have been appropriate and necessitated by COVID-19, the closure of this business, together with the distribution centres and website, without any consultation with the lenders and in light of this court’s protective orders, is highly prejudicial,” the White Oak brief said.

“The lenders have lost any ability they might have had to oversee the preservation of the collateral and maintain continuity with employees,” it said.

He said the lenders “were not consulted prior to making these decisions as they were made quickly.”

Had been hoping to restructure

The Nygard group had filed a notice of intention to file a proposal under the Canadian Bankruptcy and Insolvency Act on March 9 in Ontario. It asked a court there to allow the company to remain in control of its assets and use the help of a trustee to restructure finances to avoid bankruptcy.

Nygard had previously said it was negotiating with a different company, Great American Capital, “to complete financing by March 20, 2020, to pay the loan owing to White Oak.”

In his latest court filing, Fenske said Nygard has not received the promised proposal from Great American Capital.

“We have not received a proposal from them and have moved on to having discussions with other lenders to pay out the secured debt,” Fenske’s affidavit said.

The completion of the real estate transactions would allow Nygard to “pay off the indebtedness to the employees, suppliers and other stakeholders including White Oak Capital and allow these fashion jobs to be retained in Winnipeg,” Fenske submitted.

The receiver appointed to handle the file is Richter Advisory Group Inc.

In response to concerns raised by White Oak in court about how the Nygard group intends to fund payroll this week, Fenske responded “the estimated payroll for this week will be $900,000 and that will be funded by the Nygard group resources.”

Company founder Peter Nygard faces a class-action lawsuit in New York filed by 10 women accusing him of raping them and running what they called a “sex trafficking ring.”

Nygard denies the allegations, which have not been proven in court. There are no criminal charges associated with any of the claims.